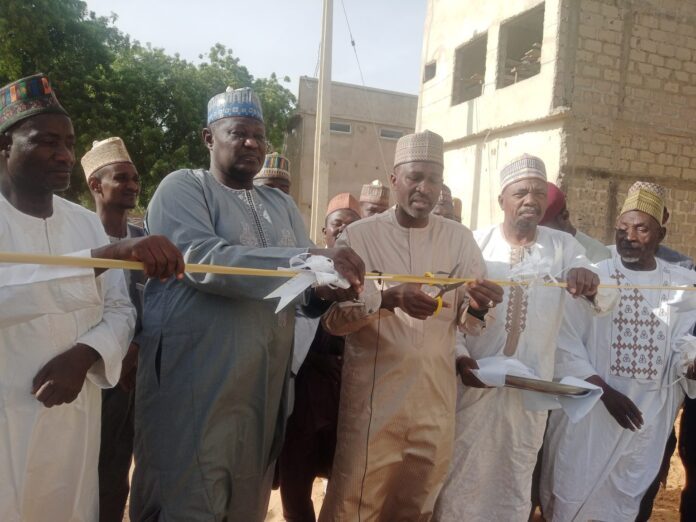 Sokoto, Nov. 24, 2022 Gov. Aminu Tambuwal of Sokoto state on Thursday urged enterprenuers to invest on ventures to improve economic activities of the state.

Tambuwal said this when he inaugurated the first private transport company in the state, AMAL Transport Services, founded by Dr Muhammad Alkali.

He stressed the need for more investors to come up with activities that would turn around economic fortunes of the state.

He said that about 20 fleet of vehicles comprising buses, cars, pickups and ambulance would surely ease transportation hardship faced by commuters, especially visitors in Sokoto state and environs.

“People now know where to go and hire vehicles of their needs, like ambulances, pick-ups for load carrying and chartered vehicles for different purposes,” he said.

The Governor, who was represented by Commissioner for Commerce and Industries, Alhaji Bashir Gidado, commended Alkali for the courage to float the company.

He noted that most residents, including visitors, use commercial tricycles and other un-organised systems of transport, especially during marriages and other ceremonies in Sokoto State.

He assured that government would support and patronise the company.

He, however, said it would provide employment to citizens and enhance revenues generation to the state.

In his address, the founder, Alkali, who is also a Lecturer in Usmanu Danfodio University Sokoto (UDUS), said he had nursed the ambition for a long period to establish organised smart transportation services.

He said the charges started from N200, 500 and above as Sokoto state lacked organised transport system, noting that residents mostly patronised motorcycles and tricycles within metropolis as means of transportation.

”It is a new approach to provide township taxi, airport shuttle services and other transportation services, including logistic movements from Sokoto State to various areas, ” Alkali said.

He said company’s modalities were simplified to attract patronage and the system was designed to be affordable to every citizen.

”The business would create job opportunities, ease transportation services to the populace,” he added.