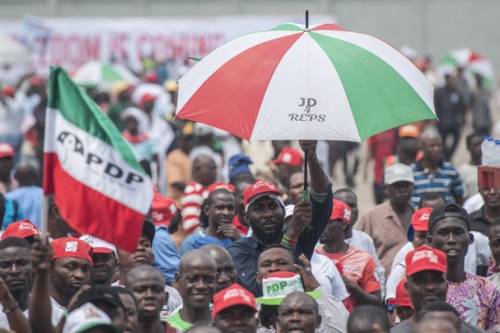 Calabar, Nov. 24, 2022 The Peoples Democratic Party (PDP) has called for a violence- and smear-free campaign before and during the 2023 general elections in Cross River.

The call was made on Thursday in a statement by the State State Chairman of the party, Mr Venatius Ikem.

Ikem, who stated that the party would inaugurate its State Campaign Council on Friday, promised that the PDP campaign would strictly be issue based.

He said that the council which would be led by a former Governor of the State, Mr Donald Duke, included notable grassroots politicians that would assist to make Cross River a PDP state.

He further said that the 1,080 member council would see a former deputy governor of the State, Mr Efiok Cobham, serve as its Director-General.

According to him, the council will have 18 sub-committees with a campaign structure in the three senatorial districts headed by three coordinators.

”The formal inauguration of the council would signpost state-wide campaign that would roll out immediately,” he stated.