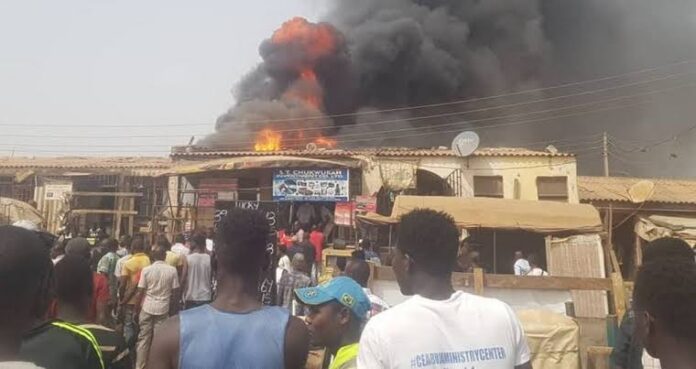 The NTA Park, a popular motor park in Jos, has been gutted by fire.

Mr Matthew Edogbonya, the Public Relations Officer (PRO) of the Federal Fire Service in Plateau, was unavailable to comment on the matter as he said to be engaged at the scene of the fire.

A senior officer of the service, who preferred anonymity, confirmed the situation to Naija247news in Jos.

The officer said the source of the fire was still unknown, adding the that the service had deployed its men to contain the situation.

”The PRO and other key officers of the command are on the scene of the fire incident and cannot talk now.

”We cannot say what is the cause of fire outbreak, but our men have been deployed to the scene to prevent further damage by the fire.

”At the moment we cannot say the level of damage, our immediate concern is to stop the fire from destroying property and human lives, ” he said.

Naija247news reports that the motor park is located opposite the NTA Jos Network Centre on the Yakubu Gowon way, Jos.