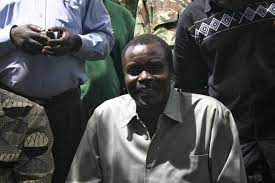 AMSTERDAM, Nov 24 (Reuters) – The prosecutor of the International Criminal Court (ICC) on Thursday said he wanted to launch proceedings against fugitive Ugandan warlord Joseph Kony in his absence.

“Today, I filed a request seeking authorisation to hold a hearing on the confirmation of charges against Joseph Kony in his absence,” Prosecutor Karim Khan said in a statement.

Ugandan rebel leader Kony is the ICC’s longest standing suspect at large. An arrest warrant against him was issued in 2005 for 33 counts of war crimes and crimes against humanity.