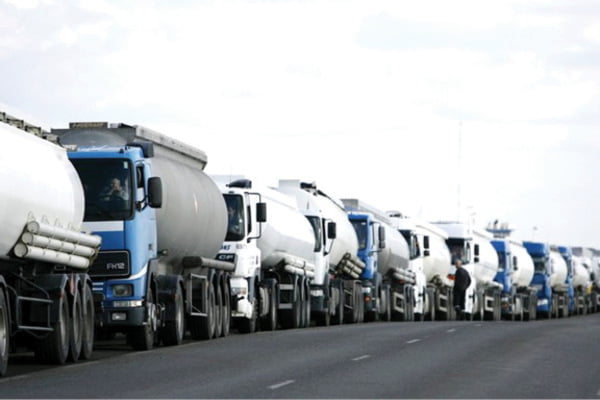 The Depots and Petroleum Products Marketers Association of Nigeria (DAPPMAN), has warned that the implementation of 0.5 per cent tax on gross turnover by petroleum marketing companies as captured in the Finance Act 2020 will ruin investments.

This was even as DAPPMAN raised fears that by the end of this year; oil marketers may begin to fold up or will have to borrow to pay taxes.

Executive Secretary of DAPPMAN, Mr. Olufemi Adewole, handed down the warning at the Platforms Africa Continental Forum held in Lagos yesterday, with the theme ‘’Legislative and Business Survival in Africa: A Review of Nigeria’s 9th Parliament and Agenda for the 10th Assembly.

‘‘By the end of this year, the Finance Act 2020, mandates that petroleum marketing companies must begin to pay 0.5 per cent of their gross turnover as tax. It is actually a challenge for us and we are already engaging Government.

Adewole said the way out of the looming crises was for the regulator which is the Nigerian Midstream Downstream Petroleum Regulatory Authority (NMDPRA), to approve a review of marketers’ margin.

He lamented that the Finance Act as presently designed has an adverse effect on the business operations of petroleum marketers.

The Executive Secretary disclosed that the margins they were getting when fuel sold at N40 per litre is the same they are still getting when it rose to N160 per litre and N200 per litre respectively. He warned that it is unimaginable to think that half of the petroleum marketing companies that are in existence now will go under just because they cannot afford to pay taxes because the margins are very small.

Adewole said petroleum marketers operate under low margins but with very huge turnover, saying unfortunately, the Finance Act recognizes the aspect of huge turnover and believes that profits are also huge, adding that the margins does not correspond to the turnover.

Also speaking, a Constitutional lawyer and Former Chairman, Chartered Institute of Personnel Management (CIPM), Ikeja Branch, Jide Ologun, in his presentation at the forum bemoaned poor implementation of policies, which, he said, has further impoverished the citizens despite huge natural resources inherent in the country.

Ologun added that “Nigeria is so blessed with abundant resources, but it is unfortunate that no fewer than 133 million, about 63% of the population are currently living in multi-dimessional poverty,”

Giving an example of Liz Truss who reigned as the prime Minister in the United Kingdom having seen that her policies may not rescue the prevailing situation in that country, challenged Nigerian legislators to ensure that the common wealth of Nigeria is utilised for the common good of its people.

He emphasiSed the fact that Nigeria has oil in abundance but the masses can hardly state categorically the benefits enjoyed from the God given resources.

He lamented that Nigeria has flared enough gas that could provide electricity for about 8 million citizens.

“It is unfortunate that our assets are fast becoming a liability. For example, real cocoa is from Nigeria but the finest of chocolate cannot be traced to Nigeria.

More than $3.3 billion has been lost to oil theft since last year and at a time when other oil producers are having a petrodollar rain, Nigeria can’t even meet its production quota.”