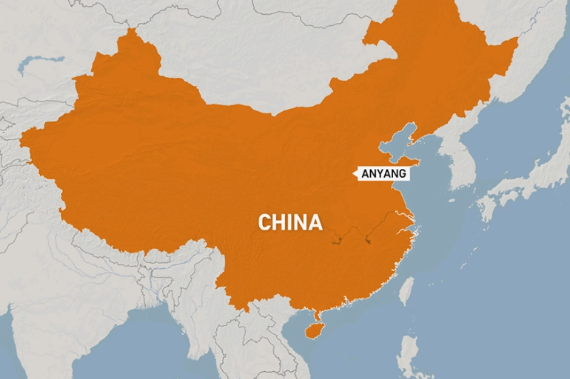 At least 36 people have been killed after a fire broke out in a workshop in Anyang city in central China’s Henan province, Chinese state media said, citing local authorities.

Two other people were injured, and two remained missing, according to state media reports. The fire broke out on Monday afternoon at about 4pm local time (08:00 GMT) and took firefighters about four hours to extinguish.

More than 200 rescue workers and 60 firefighters responded to the blaze, and psychological counsellors were on the scene for families of the victims, according to a government statement.

The fire broke out in a plant belonging to a small, privately-owned firm in Anyang’s ‘high tech zone’, state media said without elaborating on the company’s line of work.

Online listings for the company, Kaixinda, said it was a wholesaler dealing in a wide range of industrial goods including what were described as specialised chemicals

China has a history of industrial accidents, often caused by poor compliance with safety rules in an often highly-competitive environment. Poor storage conditions, locked exits and a lack of firefighting equipment are often cited as direct causes.

In March 2019, an explosion at a chemical factory in Yancheng, located about 260km (162 miles) north of Shanghai, killed 78 people and devastated homes in a radius of several kilometres around it.

In 2015, a giant explosion in northern Tianjin at a chemical warehouse killed 165 people in one of China’s worst-ever industrial accidents.

Henan itself has seen a number of deadly incidents leading to the arrest of local officials.

Five were among those arrested after a building collapse that killed 53 people on the outskirts of the provincial capital Changsha in April.