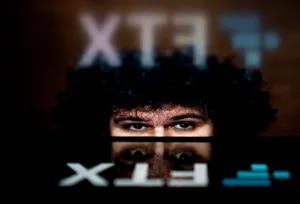 Traders are abandoning online crypto-trading platforms in a bid to safeguard their assets in the wake of the FTX bankruptcy, Bloomberg reported on Monday, citing experts.

The “wild-west days” of crypto markets are back again as the large trading houses that once thrived on arbitraging price gaps pull back, according to the media.

Prices for identical assets are reportedly diverging on various platforms. The gap between the funding rates of identical Bitcoin futures on Binance and OKEx has been as wide as an annualized 101 percentage points and remained at least 10%, compared to mostly single-digit gaps last month.

“Everybody is heading for the hills,” chief executive officer at Pythagoras Investments, Mitchell Dong, told the media outlet, specifying that the return of some price spreads shows “things that were previously arbed out are not so arbed out.”

Dong said his firm is writing off its 1% and 7% exposures to FTX in its market-neutral and trend-following funds respectively.

Meanwhile, Fasanara Digital lending fund, which manages about $100 million, has reportedly dialed down its risk exposure to nearly zero.

Traders now have to decide whether to write off their exposure to FTX or create a so-called sidepocket that separates those assets from the main fund, explained Barnali Biswal, chief investment officer at Atitlan Asset Management, which runs a fund that allocates to different quant managers.

According to Chris Taylor, who runs crypto strategies at GSA Capital, the downfall of what was once a trusted exchange will make professional traders seek ways to avoid putting up collateral on any centralized platforms, for instance by using prime brokerages instead. In short, they will want crypto to look more like Wall Street, if the exchanges allow it, he explained.

“There was a lot more trust in FTX than there was in Terra/Luna,” Taylor said. “You are now seeing some of the big players pull back not completely but try to have less collateral on centralized exchanges and think more about counterparty risk.”