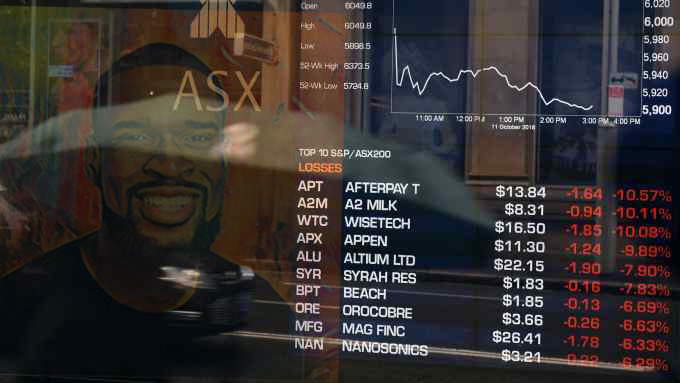 Nestcoin, a Nigerian start-up, held funds raised from investors on FTX and now plans to cut a large proportion of its staff as the failure of Sam Bankman-Fried’s crypto exchange cascades around the world.

The group held a “significant” portion of the stablecoin investment it used for day-to-day operations on FTX ahead of the exchange’s bankruptcy filing on Friday, Nestcoin said in a letter to investors.

An investor in crypto, gaming and digital art, Nestcoin raised $6.45mn in an early funding round, with backers that included Alameda Research, Bankman-Fried’s trading shop. The amount was the largest ever raised by a Nigerian start-up at such an early stage.

It held about $4mn on FTX, which represents nearly all the remaining funds it had raised, according to an investor who had been briefed by the company. The group declined to comment, but the investor letter said Nestcoin did not yet hold any client assets.

The issues at Nestcoin are the latest sign of the broad scale of the damage caused by the crisis at FTX, which was valued at $32bn and seen as one of the most regulation-friendly companies in an industry described by Wall Street’s top regulator as the “wild west”.

Nestcoin will cut at least half of its almost 100-strong staff as a result of FTX’s plight, according to current and former employees. Other employees are being offered a furlough scheme lasting eight to 10 weeks and will be paid on a per-needed basis.

Those employees left at the company will take a pay cut of about 40 per cent, while chief executive Yele Bademosi will receive no compensation.

Nestcoin also sought to assure its investors that customer finances were safe, saying in the investor update that the products it had released “are DeFi protocols & non-custodial in nature and, as such, we have never held customer funds and this incident has no impact on our customers financially”.

FTX and Alameda Research invested in other African start-ups over the past year. Chipper Cash, a Kenyan-based remittance company, raised $150mn last year at a $2bn valuation led by FTX and unnamed investors.

Mara, another Kenyan crypto start-up, raised $23mn from Alameda, Coinbase and others. Mara said in May that it would become the “official crypto partner” of the Central African Republic, the small conflict-plagued nation of 5mn that adopted Bitcoin as legal tender earlier this year.

In August, the country’s top court declared unconstitutional most of the schemes being run under the Bitcoin programme, including the purchase of citizenship.

A veteran investor in African start-ups said FTX’s value proposition to these start-ups was its name. “It’s all part of the crypto religion,” the investor said. “A brand like FTX on the [list of investors] made it look like you’d been anointed. I mean, this guy was on the cover of Forbes.”

This investor said the start-ups that raised equity from Alameda “almost certainly” held some of their assets with FTX like Nestcoin. Nestcoin said in its investor update that Alameda’s holding represents less than 1 per cent of equity in the group.

Nestcoin bills itself as a company that was “democratising access to economic opportunity for everyday people in frontier markets”. The company has holdings including Breach, a media outlet it hoped would help people understand and adopt crypto, and MVM, a crypto-gaming community. Bademosi was previously an executive at Binance’s venture capital unit.

The cuts are expected to affect staffers employed in these other concerns. Nestcoin invested in other African crypto start-ups, such as LazerPay, which processes crypto payments.