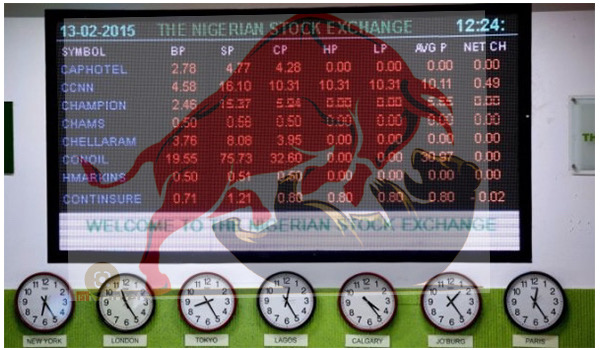 Trading activities this week ended in the green for the key performance index which inched up 1.19% week on week to 44,492.73 points due to renewed investors’ sentiment and positive buying interest in some value stocks that had suffered losses in recent time.

Also, the upbeat momentum pushed the market capitalization by over N285.4 billion to N24.23 trillion as we saw strength returned to some of the blue chip and growth stocks on the exchange through the week.

After a mixed week for the exchange with
two bullish sessions out of the five sessions,
we saw gains from price appreciation in
Insurance, banking and consumer goods
tickers such as MANSARD (+16%), UBN
(+13%), GTCO (+11%), NB (+10%) and
UNILEVER (+10%) respectively.

Across the sectorial gauges under under our coverage, the sectorial performance was largely mixed in the week with 3 out of 5 sectors closing
the week in the bullish region.

Elsewhere, the level of trading activities in the week was weak as the total traded volume deteriorated further by 36.9% w/w to 694.4 million units.

Going into the new week, we expect the market to trade with mixed sentiments as the digestion of the current inflation numbers put investors in position for next move in the market as they await judgment from the MPC meeting next week.

Though, we expect a 25bps rate hike in a bid to quell elevating inflationary pressure. However, we continue to advise investors to trade on companies’ stocks with sound fundamentals and a positive outlook amid the macro-dynamics which remains a headwind. 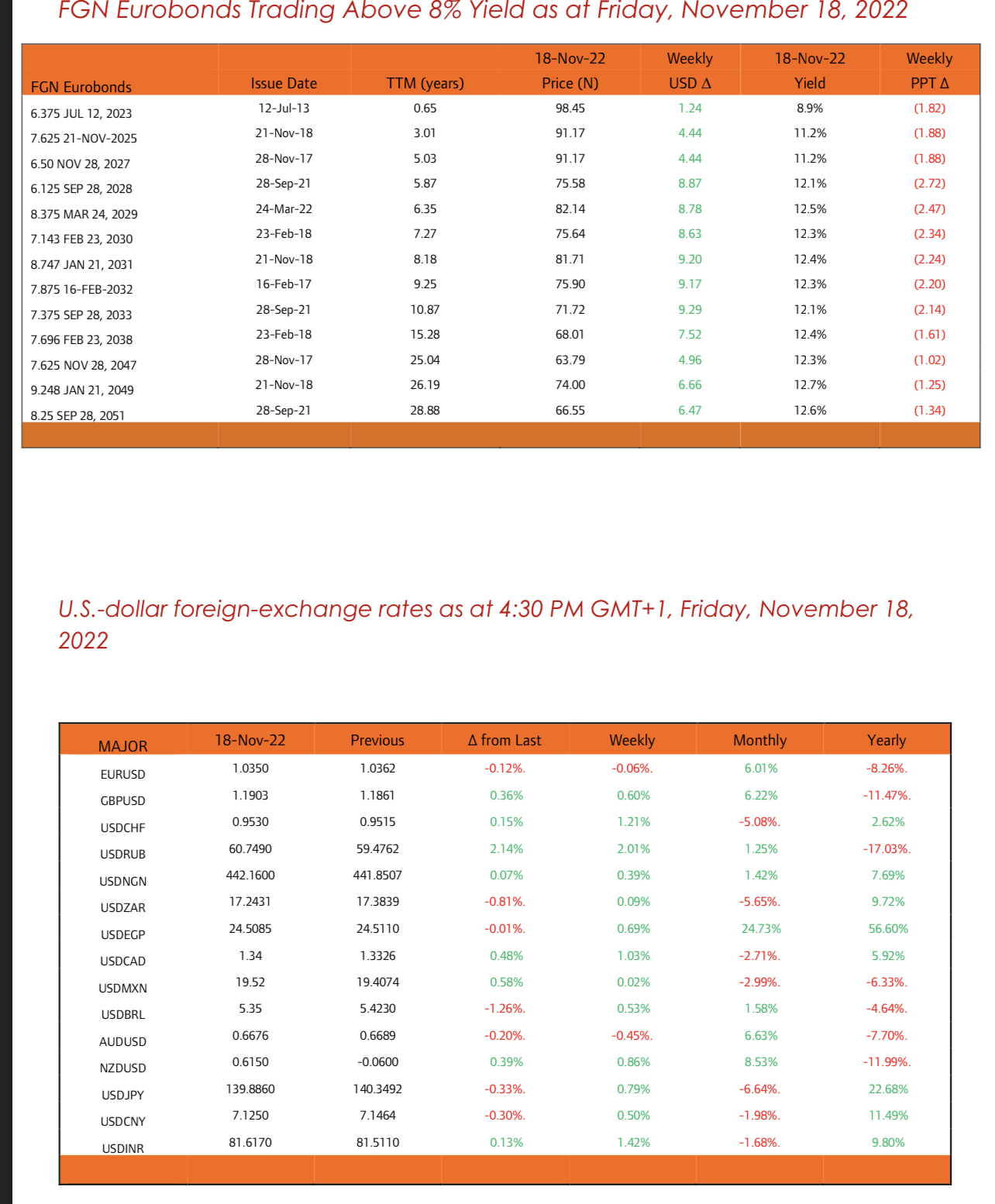 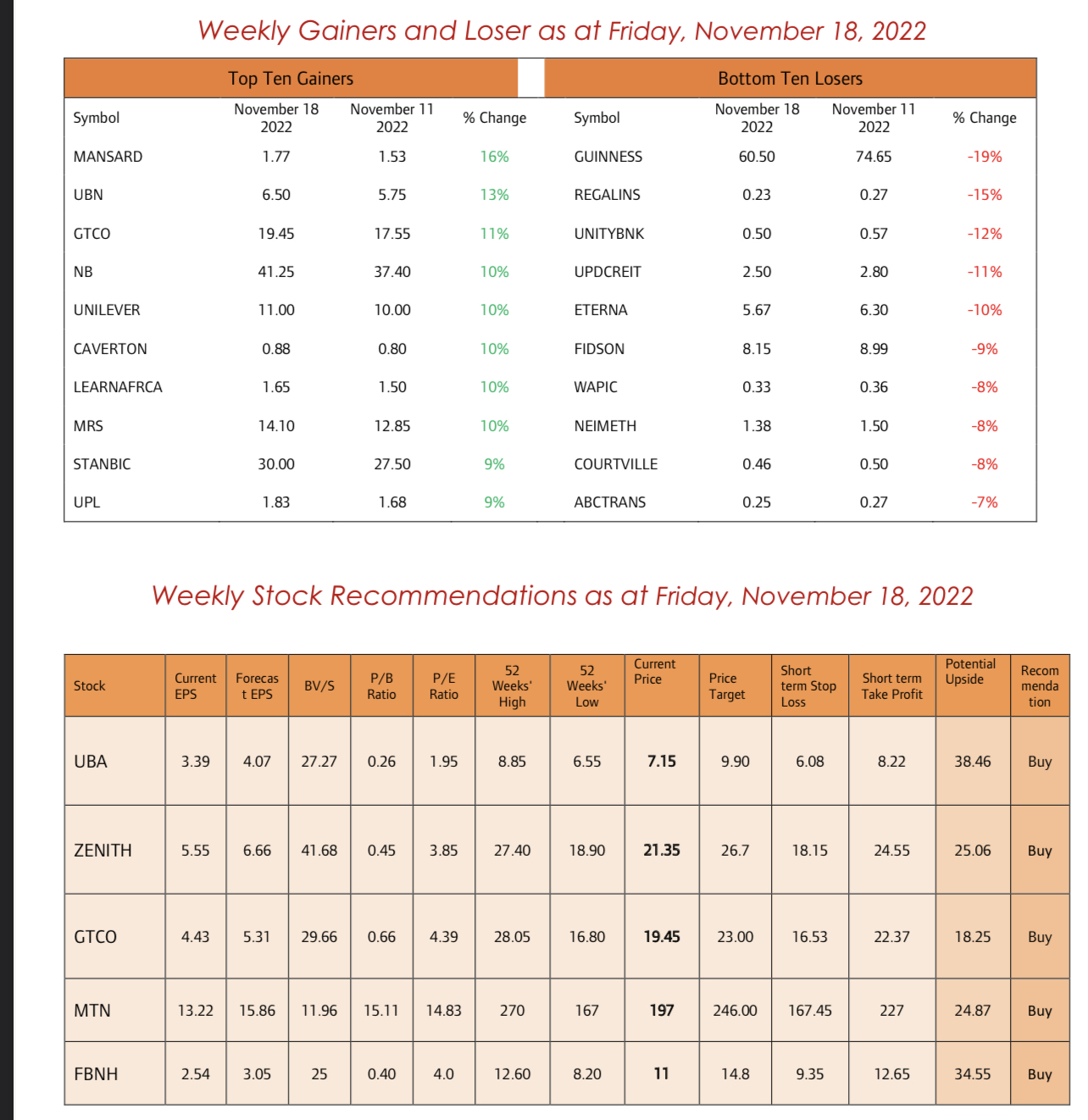 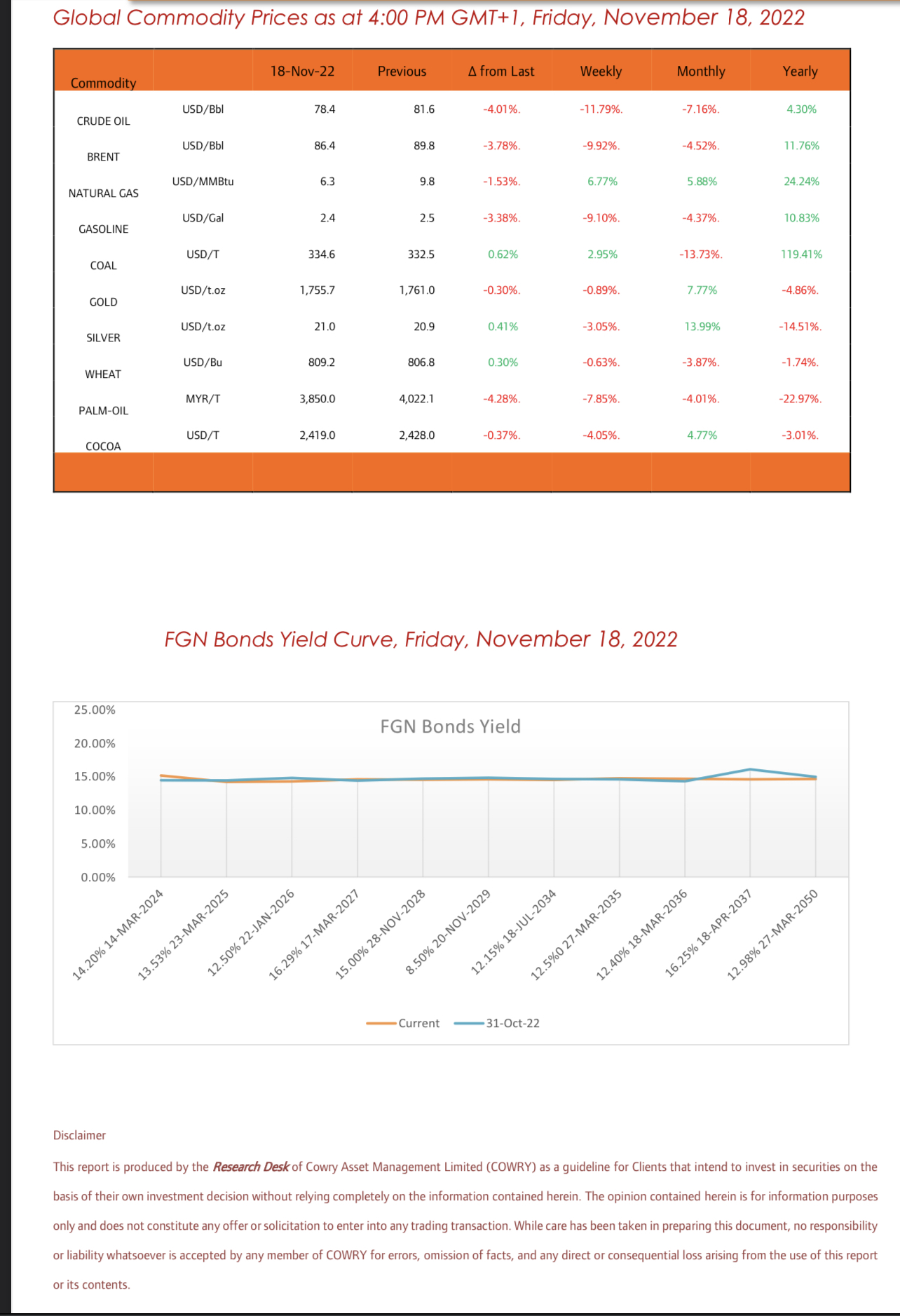