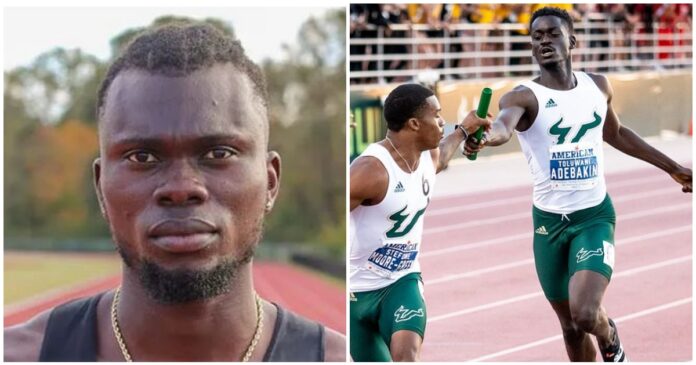 US Government Convicts 2 Nigerian Athletes for Fraud to Be Sentenced to Jail for 10 Years Tuesday, November 15, 2022 at 12:56 PM by Ibitoye Shittu

The United States government have convicted two Nigerian athletes for internet fraud and they have also pleaded guilty Toluwani Adebakin and Emmanuel Ineh are the two Nigerians who are currently in the custody of the police Their judgement will be on 15 February, 2023, and they are expected to be sentenced to 10 years in prison

Emmanuel Ineh and Toluwani Adebakin who are Nigerian athletes have been convicted by the United States government for internet fraud crimes and will be sentenced to 10 years in jail.

These two Nigerians are said to be roommates at William Carey University and were arrested after they were found guilty of committing internet crimes.

According to the report on Aclsports, the duo were convicted before a US District Judge Kristi Johnson in Mississippi and would be sentenced on February 15, 2023.

Did they plead guilty? Ineh and Adebakin are said to have confessed to the crimes being accused of and have also pleaded for mercy in the judgement they will be served next year.

These two Nigerians are also said to have made thousands of US dollars illegally on internet through dating scams and false pretence. Ineh, a promising long and triple jumper and Adebakin, a 400m and 200m runner are facing a maximum of 10 years imprisonment for their crimes.

This could affect or bring an end to their career in athletes as going to prison for 10 years will definitely be a huge set back.

During the World Athletics Championships, the 25-year-old shocked the globe by setting a new world record in the women’s 100m hurdles. The Commonwealth gold medalist has been named among the five finalists for the prestigious international award, according to a statement released by World Athletics.

Amusan and four others were confirmed for the prestigious prize, ahead of the 2022 World Athletics Awards.

According to World Athletics, a record 1.3 million votes were registered by emails and online voting, via the World Athletics social media platforms.