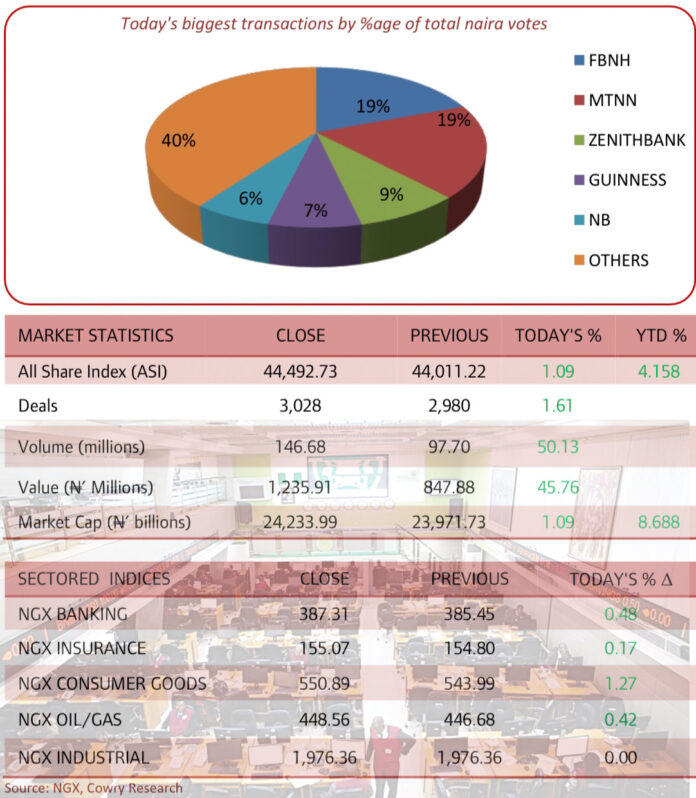 At the close of Friday’s trade, the domestic bourse index advanced by 1.09%, buoyed by strong buying interest in NB, MTNN, and FBNH shares. We saw their respective share prices increase by 10.00%, 4.79%, and 3.77%, respectively.

Consequently, the year-to-date gain of the local bourse rose to 4.16% even as the Exchange recorded more gainers (21) than losers (11) amid investors’ positive sentiment.

Sectorial performance was positive as four of the five indices tracked closed in the green zone: the NGX Banking, NGX Insurance, NGX Consumer Goods, and the NGX Oil/Gas indices increased by 0.48%, 0.17%, 1.27%, and 0.42%, respectively. The NGX Industrial Index closed flat.

In terms of volume, TRANSCORP was the most active stock, with 24.36 million shares worth N26.94 million changing hands in 71 deals