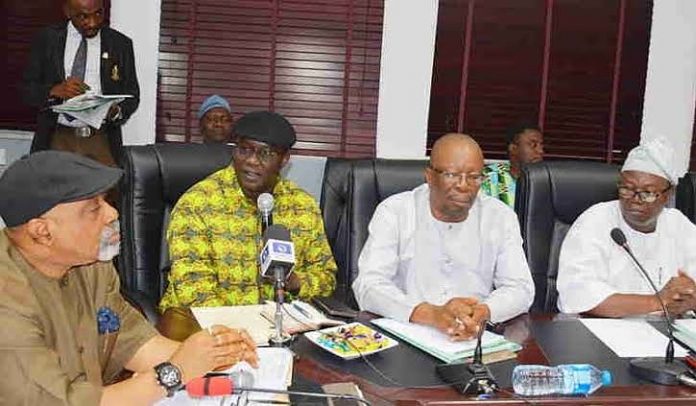 The ASUU Chapter of Olusegun Agagu University of Science and Technology (OAUSTECH), Okitipupa, Ondo State, has appealed to the Federal Government to rescind its decision on “no work, no pay” policy to lecturers.

The union made the call in a communiqué signed by its chairman, Dr Rotimi Olorunisola, after the union’s congress on Thursday at Okitipupa.

Naija247news reports that ASUU chapters nationwide on Wednesday protested against the casualisation of universities and the no-work, no-pay policy of the Federal Government.

The union urged the Federal Government to have a rethink and do the needful on the policy which it said would further worsen the standard of education in the country.

“The nation’s ASUU, including our chapter, on Wednesday protested and registered our grievances against the casualisation of universities and the policy of the Federal Government.

“Efforts of the union to advocate for better education in Nigeria pushed us to the eight months strike and the Federal Government knows the position of ASUU,” he said.

Olorunisola said the responsibilities of Universities were in three categories of education, research and community service but only the education category was not attended to during the strike.

“We appeal to the Federal Government to rescind its decision and do the needful in order to boost the education system in the country,” the chairman said.

University lecturers went on an eighth-month long strike from February, leaving their students wandering during the period.