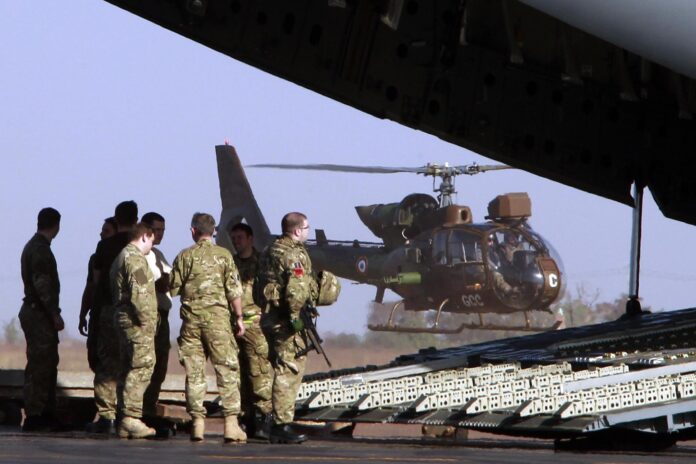 LONDON, Nov 14 (Reuters) – Britain will pull out its 300 troops from a U.N. peacekeeping force in Mali following similar withdrawals this year by other Western nations, a government minister said on Monday.

The early withdrawal comes after France and its military allies began withdrawing thousands of troops from Mali this year as the country’s military junta began collaborating with private contractors belonging to Russia’s Wagner Group.

The Western withdrawals from Mali this year have caused fears among diplomats that this could increase violence, destabilise neighbours and embolden jihadists.

“This government cannot deploy our nation’s military to provide security when the host country’s government is not willing to work with us to deliver lasting stability and security,” Heappey said.

The Malian’s government’s partnership with Wagner, which has also been linked to human rights abuses, was counterproductive to security in the region, he added.

Heappey said Britain’s commitment to West Africa and U.N. work in the region would continue. Britain sent troops to Mali late in 2020 to provide reconnaissance support to the peacekeeping mission of about 14,000 personnel.

Mali’s army spokesperson Souleymane Dembele did not immediately respond to a request for comment.

“We’re aware of the statement by the Minister of Armed Forces to the House of Commons and we will engage with the Permanent Mission in relation to this announcement,” Haq said at a press briefing in New York on Monday.

“We remain grateful to the United Kingdom for its contribution to MINUSMA,” he added.

Reporting by Sachin Ravikumar; Additional reporting by Tiemoko Diallo in Bamako and Sofia Christensen in Dakar; Editing by Andrew MacAskill and Cynthia Osterman