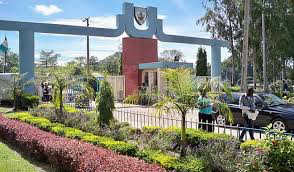 By Polycarp Auta
Jos, Nov. 12, 2022 The University of Jos chapter of the Academic Staff Union of Universities (ASUU) has suspended the sit-at-home order earlier issued and directed its members to resume teaching.

Associate Prof. Lazarus Maigoro, the Chairman of ASUU in the university announced this in a statement on Thursday in Jos.

The News Agency of Nigeria (NAN) recalls that the union in the university had, after its congress on Nov. 4, asked its members to quit teaching over their withheld salaries.

Maigoro, who said the chapter’s decision was subject to the decision of its national body, announced it had suspended the earlier directives.

”After receiving briefing at our National Executive Council (NEC) meeting of Nov. 7, our members resolved to vacate the sit or work from home decision.

“We also reaffirm our commitment in the ability of our principal officers to handle the matter appropriately.

“This implies that our members are fully back to work on campus,” Maigoro said.