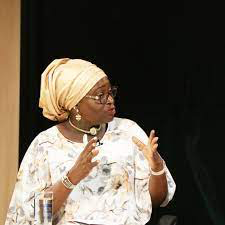 Gidado, a Scientist and Deputy Director at the National Biotechnology Development Agency (NABDA), stated this in an interview with the News Agency of Nigeria (NAN) in Abuja on Monday.

She said the hybrids with the BGII technology would help Nigerian cotton farmers, not only by boosting cotton productivity, but also to repel the devastating insect pest of cotton known as lepidoperan.

According to her, the hybrids are extremely effective in places where the pest developed resistance to conventional chemicals.

She said with the technology, there would be no more adverse effects on beneficial insects and non-target organisms including humans.

Gidado said the BGII cotton technology required less labour for spraying of insecticides and also ensured good lint quality through reduction of damage done to the cotton bolls by Bollworms.

“The quality of lint which would be better in Bollgard II Cotton compared to conventional cotton varieties,’’ she said.

The Biotechnologist said the hybrids would reduce worker exposure to pesticides and provide an ideal fit with Integrated Pest Management (IPM) and sustainable agriculture programs.

She mentioned the target insects of the technology to include cotton bollworm, pink bollworm, spotted bollworm and leaf eating caterpillar.

Attesting to the efficacy of the technology, Gidado said in 2016, the National Biosafety Management Agency (NBMA), approved the Bollgard II technology in Nigeria.

She said in 2019, Mahyco, the seed company, conducted large scale demonstrations to showcase the superior performance of the two hybrids across cotton zones.

She said between 2020 and 2021, Mahyco made commercially available Bollgard II cotton hybrids to Nigerian farmers.

The expert noted that various stakeholders across the cotton value chain were involved in demonstrating the value of Mahyco Cotton Hybrids in Bollgard II, during the wet season of 2019.