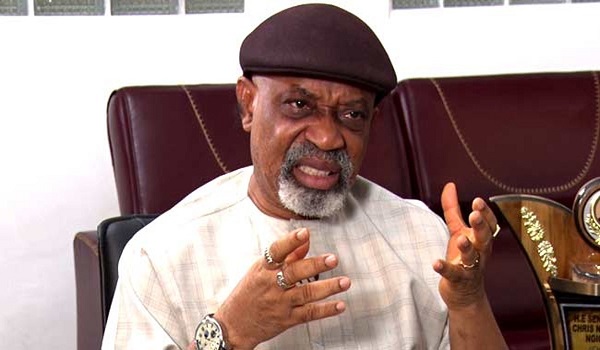 The Patagonia Desert- A 4k Aerial Film of Argentina

Copy video url
Play / Pause
Mute / Unmute
Report a problem
Language
Share
Vidverto Player
In a statement in Abuja by his office, the minister urged Jega, who is the National Chairman of the Peoples Redemption Party (PRP), to avail the ASUU leadership his (Jega’s) “depth in lessons of ruinous industrial action, whose ramparts shut the doors to reason.”

He said: “Trade unionism must exist for the good of the unions, their members, just as it must lead the vanguard of public good. It must protect the nation and her people just as it shelters union members.

Yellow Page mobile
“It is not a social club for the academics to act in detriment to the nation. This is the piece of advice we thought Jega would avail his former comrades from his presumed deep mine of experience and now a trustee and adviser to ASUU.”

The minister said it was wrong for Jega to state in a mid-news interview with the Arise Television that “the Minister of Labour and Employment turned the ASUU strike, into personal quarrel” as all his actions as the nation’s Labour Competent Authority and chief conciliator of disputes, especially as they relate to the ASUU strike fall within the ambit of the law.

The statement reads: “Senator Ngige will continue to discharge his responsibilities as the Minister of Labour and Employment without fear or favour just as we assume that Jega discharged his, as Chairman of the INEC.

“Or does it mean that when he sanctioned political parties or candidates including cancellations of nominations and election results, he discharged such duties in bad faith because of personal quarrels?

”We had thought of overlooking Jega’s darts as sheer exercise in Espirit de corps, but Jega is now the national chairman of one of the opposition political parties whose mission is to wrestle power from the APC.

“Should we then ignore him when it is obvious that he is hiding under the ASUU strike to egg Nigerians into rebellion against the ruling party? How can we stand akimbo when the President of ASUU, Prof. Osodeke had on national television (AIT and Arise ) urged Nigerians to vote out the APC? The video is circulation for all to access on Youtube.

“If the present ASUU leadership has turned Labour agitation into hooliganism, how does Jega define such unionism? Is abusing ministers and top government officials, and sometimes trying to physically assault them part of unionism that Jega is defending?

“When this strike was declared, ASUU also threatened the Minister of Communication and Digital Economy with withdrawal of his professorship from Federal University of Technology, Owerri, (FUTO) while the present Director-General of NITDA was equally threatened with the withdrawal of his Bachelor degree from Ahmadu Bello University, Zaria.

The sin of these two government officials is that they discharged their function of testing UTAS as demanded by government and presented reports which showed the platform failed integrity tests in March 2022.

“Though the union does not have such powers to withdraw certificates or impose similar sanctions, why did this go unnoticed by Jega? Encouragement of mischief, you may say because he belongs to the same constituency.

“Are all these part of decent unionism or sheer acts of intimidation deployed in negotiations? Prof Jega is now a full blown politician and part of the opposition that wants the APC out and would rather not see this. Prof, permit us to tell you this straight. You are not in a position to judge or offer any unbiased opinion in this matter.”

The minister urged the former INEC boss to counsel the union, which he once led.

He said: “It is therefore our considered opinion that the former INEC chairman should use his hindsight as emeritus ASUU leader, trustee and adviser to counsel its present leadership to operate like as a registered Trade Union bound by laws and not as a social club for lecturers.

“We have no apologies that today, three unions exist for the academics; CONUA, NAMDA and ASUU in the Nigerian universities. More applications are being processed for others. It is left for lecturers to choose which one they want to belong to – a social club for strikers or the one that will use the position to promote education and the future of the Nigeria child. This is democracy untrammeled.

“As to Jega’s imaginary rivalry in the Federal cabinet, let it be known that Senator Ngige has no personal quarrel with any of his colleagues on ASUU but will always insist on fair and equitable treatment to all categories of workers in the public and private sector.”

The Court of Appeal in Abuja will today rule in the appeal filed by the Academic Staff Union of Universities (ASUU) against the September 21 order by Justice Polycarp Hamman of the National Industrial Court directing an end to the varsity strike.

A three-member panel of the court presided over by Justice Barka Hamma Akawu, reserved ruling till today after taking arguments from lawyers to ASUU and the Federal Government in relation to the application for leave to the appeal filed by the union.

Lawyer to ASUU, Femi Falana (SAN) argued that it is within the rights of his client to file an appeal against the Industrial Court’s interlocutory injunction because it is against them.

Citing a number of authorities, Falana said the application was necessitated by the requirement that ASUU must first seek and obtain the court’s leave before proceeding with its appeal to ensure validity of the appeal.

He urged the court to discountenance FG’s opposition to the grant of his client’s application.

Responding, lawyer to the Fed Govt, James Igwe (SAN) urged the court to reject ASUU’s application on the grounds that the appellant was in contempt of a valid order of the Industrial Court.

Igwe reminded that court that the Industrial Court’s order, made since September 21, has not been obeyed till date by ASUU’s members.

He rejected Falana’s decision to abandon the payer for stay of execution of order by the NIC, arguing that parties had already joined issues on that point.

Igwe added that, being in contempt of court, ASUU cannot come before the court with unclean hands to ask for a favour or attention of the court.

Citing Order 6 Rule 4 of the Court of Appeal’s Rules, Igwe argued that ASUU’s application was in breach of the Industrial Court’s order, thereby making it incompetent and should not be granted.

“ASUU is in contempt of court, it is illegal for ASUU to remain on strike in the face of the industrial court order.

“Section 18(1) of the Trade Dispute Act, does not allow a party in contempt to come before the Court of Appeal with this type of ASUU’s application,” Igwe said.