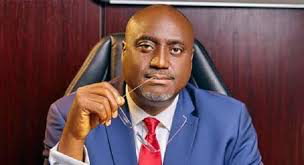 The Nigerian Bar Association (NBA) has threatened sanctions against the Attorney General of Imo State and others involved in activities that led to the recent closure of the Owerri Division of the National Industrial Court of Nigeria (NICN).

NBA President Yakubu Maikyau (SAN) said it was sad “to note that our colleagues, who ought to know better, were complicit in the shameless attempt at undermining the authority of the court”.

Maikyau spoke in Abuja at an event marking the 2022/2023 Legal Year of the NICN.

The NBA president recalled that on June 3, four workers of the Owerri Division of NICN were attacked and whisked away by anti-kidnap squad of the Nigerian Police while performing their lawful duty.

The court workers were said to be executing the garnishee order absolute made by the court in a suit between Prince Eze Madumere v. Imo State governor, the state Attorney General, the Imo State government and a new generation bank on 27 May 2022.

“Subsequent to the orders of this court aforestated, the Attorney General of Imo State, on June 3, 2022, approached the Imo State High Court and obtained an order ex parte against the bank and others, which restrained the respondents therein, including the bank, which was already under an order of the National Industrial Court to pay money to Prince Eze Madumere from complying with the garnishee order of this court.

“With the said ex parte order of the High Court of Imo State, the execution of the judgment of the National Industrial Court was frustrated.

“The security detail of the presiding judge were withdrawn, and a demonstration held in front of His Lordship’s premises.

“This led the honourable, the President of the court, to direct, and justifiably so, the immediate closure of that division.

“The NBA condemned and still condemns, in the strongest terms, such a display of Executive recklessness by the Government of Imo State, aided by the Nigerian Police Force.”

Maikyau, who emphasised the importance of rule of law in the sustainable of democracy and societal development, assured Nigerians that the NBA would continue to protect the Judiciary against attacks by politicians.

He said: “To my colleagues at the Bar, I wish to repeat my warning to us, that there will be consequences for our actions and inactions that threaten to ridicule our profession.

“We must be wary of sharp practices and remember always, as we discharge our duties to clients, that our primary duty is to the court and to justice; that is why we are called Ministers in the Temple of Justice.

“I reiterate my administration’s commitment to respect for the rule of law and zero tolerance for professional misconduct, either at the Bar or on the Bench.”

The NBA President called for more transparency in the management of funds allocated to the Judiciary.

“Even though all Federal courts have auditors from the Office of the Auditor General of the Federation, who are officers of the Executive, and, if despite this the books of the Judiciary are said not to be open for scrutiny, the Bar under my leadership supports the call for the Judiciary to open its books.

“In addition to assisting the Executive in working out the desired upward review, this is one way we can engender public confidence in the discharge of our responsibilities to the cause of justice.”

NICN President, Justice Benedict Kanyip said the Owerri Division of the court, which was shut due to security challenge, would remain so until sufficient consideration is given to appeals for the court’s reopening.

Justice Kanyip said the court did well the previous year but expressed concern that its arbitration mechanisms were not being well utilised.

He said: “From available record, between the third quarter of 2020 to the second quarter of 2021, the court had 6,277 cases in its docket across the country with Lagos, Abuja, Port Harcourt and Ibadan leading in that order in terms of caseload.

“I must state that Owerri and Makurdi divisions have joined in the divisions with over 500 cases in the docket.”

The NICN President assured all stakeholders of the court’s commitment to the welfare of workers and judges of the court.

“The future of the court looks very bright. We shall continue to strive to attain excellence by improving on the justice delivery mechanisms within the limits of law.

“We will continue to improve on the objectives of the court; that is, easy, affordable and quick dispensation of labour justice that meet global standards,” Justice Kanyip said.