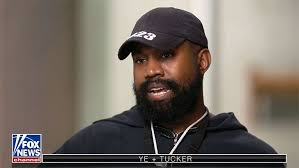 Kanye talked about Kim, saying she’s being pimped out by the fashion industry to sell sex even though she’s a successful businesswoman with a billion dollar empire.

The way Kanye sees it … his ex-wife is essentially being manipulated by the fashion industry to cross lines regarding nudity.

He hints at some malicious intent, pointing out Kim has four Black children with him.

Ye also went after the media for daring to criticize him for buying the house next to Kim. He says he just wants to be closer to his kids and bristles at accusations of stalking Kim and Pete Davidson when they were dating.

Kanye also turned his ire on Corey Gamble and Vogue editor Gabriella Karefa-Johnson … saying they are a problem for Kim and accusing them, and others, of telling KK what to fear.

Ye says he respects people like Russell Brand and Candace Owens for being unafraid to speak their minds and go against mainstream narratives.

Kanye West says he was told his life and career would be in jeopardy for supporting Donald Trump … and says it’s happening all over again with his “White Lives Matter” shirt.

Ye sat down with FNC’s Tucker Carlson, claiming he faced death threats over wearing a red MAGA hat to a 2018 meeting with Trump at the White House.

Kanye says his “so-called friends slash handlers” told him his career would be over if he supported Trump … and warned, “I would be killed for wearing the hat.”

Ye says the “White Lives Matter” shirt he debuted this week at his YZY fashion show has triggered similar threats.

Kanye claims someone called him recently and said anyone wearing a ‘WLM’ shirt will be “greenlit” to get beat up … but Ye says he has no problem wearing a literal target on his back.

Ye’s full interview with Tucker is airing now on Fox News … and we’ll keep you posted on what else he says.