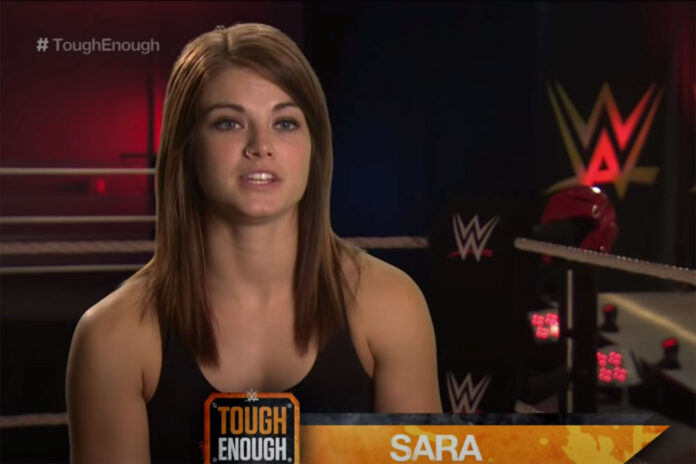 Former WWE wrestler, Sara Lee, has died at the age of 30.

Lee, who in August 2015 won the sixth season of WWE’s reality show competition Tough Enough, posted a photo of herself in gym clothes the day before her death.

‘Celebrating finally being healthy enough to go to the gym 2 days in a row – first ever sinus infection kicked my butt,’ she wrote.

Lee’s mother Terri announced the news on Facebook but did not say how she died.

‘It is with heavy hearts we wanted to share that our Sara Weston has gone to be with Jesus,’ she wrote.

‘We are all in shock and arrangements are not complete. We ask that you respectfully let our family mourn. We all need prayers, especially Cory and her children.’

Lee is survived by her husband Cory Weston, who went by the wrestling name Wesley Blake, and three children.

Born in Hope Township, Michigan, Lee was a competitive powerlifter in high school and went on to study medical sonography at Delta College in Bay City, Michigan.

She entered the WWE reality TV show and was declared the winner by a fan vote, with the prize of a $250,000 contract for a year with WWE.

In 2016 she left the franchise and has since then trained in Orlando, Florida, with Team Vision Dojo.

Lee and Weston married in December 2017, and are parents to daughter Piper, aged five; three-year-old son Brady, and a baby boy born in August 2021.