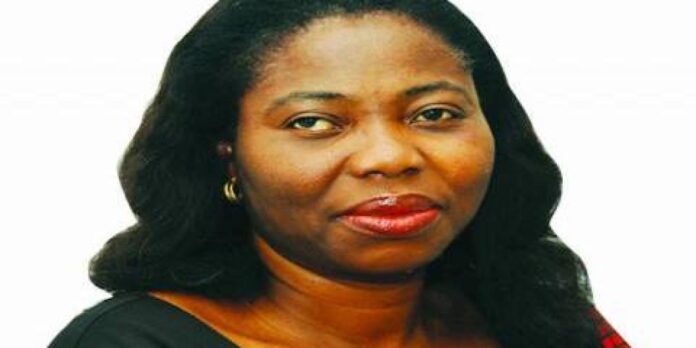 By the time the Academic Staff Union of Universities calls off its nearly eight months strike, the President Muhammadu Buhari administration would have made history as the government that superintended the longest ASUU strike in Nigeria’s history.

Twice in three years the union went on strike for 17 months and still counting. In 2020, ASUU was on strike for nine months. Not much was heard about that prolonged strike due to the outbreak of COVID-19 which paralysed learning globally.

This ongoing strike began on February 14, 2022. Cumulatively, ASUU has been on strike for about 630 days between 2015 and 2022 -the longest under any president in Nigeria. Buhari’s closest ally in this feat was former President Olusegun Obasanjo under whose tenure the lecturers were on strike for 519 days.

But unlike Buhari’s case, the strike under Obasanjo yielded some dividends for the university system – the major being the introduction of the Tertiary Education Trust Fund (TETFUND) which has not only lifted infrastructural deficiencies in many tertiary institutions in Nigeria, but promoted academic excellence via scholarships and training for lecturers. Lecturers’ salaries were also reviewed during the Obasanjo’s administration and I doubt if they have had any major increase in their emoluments since then. Sadly, the over 600 days of strike under Buhari have brought nothing positive to both the lecturers and their students.

Rather, students have been the worse for it and foreign institutions have been laughing all the way to the bank as they reap from Nigeria’s foolishness and unseriousness. As I write this, the admission of a total of 1,050,322 Nigerian students into tertiary institutions for the 2021-22 academic session is still on hold because of the ongoing strike. Meanwhile, reports from Nigerian students that have relocated to, especially the United Kingdom for their studies, indicate a huge surge in the number of Nigerians across its higher institutions. In my last article, I referenced a friend studying for her PhD in a UK university who said that 14,000 Nigerians applied to her school in the 2022/2023 academic session alone. Today, I have more tales to tell. Another close friend of mine just joined the JAPA train. When he called to let me know of his safe arrival in Cardiff, I overheard people speaking in Yoruba and Pidgin English. Out of curiosity, I asked what was going on. And he dropped the bombshell. Nigerians were in the majority in his school this session. At least 25 per cent of the student population for the 2022/2023 academic session are Nigerians. Another person said the figure in her school was about 50 percent.

There is a viral video of a passenger surge at the Murtala Muhammed International Airport, Lagos a few weeks back. You would think Nigerians were running away from a war zone. I was also at the airport and I saw a little of the mess. Nigerians – both old and young are running away from the country. Many thanks to the UK government that has made the process of accessing their tertiary education seamless thus enabling interested Nigerians to go there without hassles. The government also now allows students to stay back in the country for two years after graduation to enable them to get job placements. It wasn’t like that in the past. The UK had to change its policy when it realized that it was losing international students to countries like Canada and the rest that allow students to stay back and work after their studies. For those who don’t know, education to the UK is what crude oil is to Nigeria. It is their export good. It is treated as a major source of revenue. So, its administrators review their policies from time to time to remain in business.

This is what is lacking in Nigeria. Those that are saddled with the responsibility of coming up with solutions to our problems rarely do so or at best think upside down. Take this ASUU strike for example. When everyone expected the people in government to seek its quick end for the sake of the students and at least to preserve the reputation of the Nigerian tertiary education brand, the FG opted for a rather longer route. It sought the order of the National Industrial Court of Nigeria to compel the union to call off its strike. But rather than comply with the court order, the union filed a 14-ground of appeal.

In going to the court, the FG had probably forgotten that ASUU had a right to appeal. Besides, the Federal Government itself has set the precedence for wanton disobedience of court orders in the past. In 2019, The Punch newspaper chronicled six times that President Muhammadu Buhari had disobeyed court orders. That same year, a Senior Advocate of Nigeria, Femi Falana complied 32 court orders that were disobeyed by the Nigerian government. Had the FG realised that disrespect for the rule of law was the order of the day in Nigeria, it should have known that the ASUU was not likely to go back to class on the strength of a court order.

Not done yet, the FG through the National Universities Commission, ordered Vice-Chancellors, Pro-Chancellors and Governing Councils to re-open federal universities as if an order to reopen universities translates to automatic suspension of a strike. That also didn’t work.

The FG’s latest move is the issuance of a certificate of recognition to the Congress of Nigerian University Academics (CONUA), a union for lecturers across federal and state universities. Dr Niyi Sunmonu, the brains behind the union said that the recognition is monumentally historic, whatever that means. How this move will solve the problem at hand is only known to the Nigerian government.

Even the man behind CONUA has said that it has presence only in 17 universities. Assuming this is true and its members are ready to teach since they are not on strike, what happens to the remaining universities? There are 50 federal-owned universities in Nigeria- many state government-owned universities are also on strike. How will CONUA members meet up with the teaching demands in all these universities? Is that recognition not an exercise in futility at this time? Why chasing the shadows?

So far, those advising the FG on the ongoing ASUU strike are not doing a good job. Even at that, if the President is not getting good advice from his ministers, there are many people outside government that have proffered solutions to this impasse. It is on record that the Committee of Vice-Chancellors of Nigerian Federal Universities (CVC) made some recommendations to the President that could have at least taken the lecturers back to class. Why were these recommendations rebuffed? Things like this fuel the conclusion that this administration is probably still under the illusion of military dictatorship. The commandeering mentality on display has been outlandish.

Now that the leadership of the House of Representatives has made its own recommendations to the President, all eyes are now on Mr President to prove the genuineness of his love for the Nigerian students. Speaker of the House of Representatives, Femi Gbajabiamila said that the President had asked for time to digest the recommendations before taking his decision. This means the President has now formally agreed to own this crisis. He could now be held responsible for whatever happens going forward.

Gladly, Justice Biobele Georgewill of the Court of Appeal of Nigeria, Abuja has also told the counsel to the FG and ASUU in the suit before him, to encourage their clients to explore an amicable settlement of the dispute out of court.

I think both the judge and the leadership of the House of Reps have opened a fresh vista for an amicable settlement of the FG-ASUU crisis. Definitely, there is going to be a lot of give and take. This is not the time for any of the parties to be rigid.

Meanwhile, people like the Chairman of the Senate Committee on Finance, Solomon Adeola, should be tutored about the role of government in funding education. He had asked the government to rethink funding government-owned tertiary institutions because their managements do not remit reasonable sums to the purse of the federal government.

Universities are not profit-making ventures. Yes, there is a need for accountability. The owners of the universities should ensure that. By the way, I thought the single-account treasury was introduced to curb corruption in government agencies. How come university managements still steal and they are not caught? And why is the Nigerian government reluctant to send visitation panels to its institutions? Is that not one of the things ASUU is fighting for?

While I do not subscribe to a university education that is solely funded by the government, education is a social investment. It should be well-funded by the Nigerian government. That’s what obtains even in countries that encourage free enterprise.

Olabisi Deji-Folutile (PhD) is the editor-in-chief of franktalknow.com and director at af24news.com. She is also a member of the Nigerian Guild of Editors. Email bisideji@yahoo.co.uk.