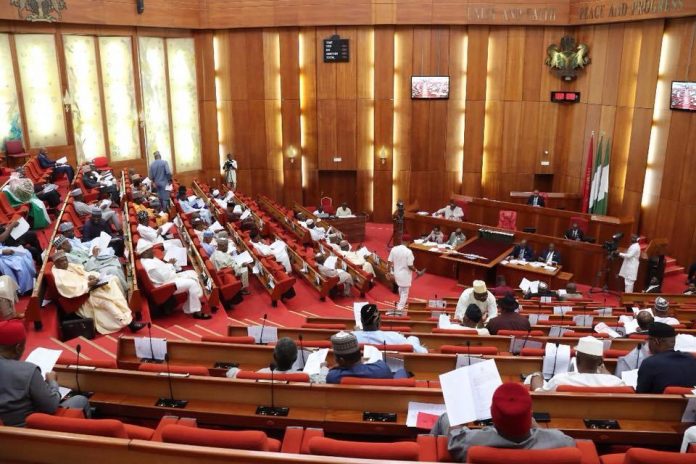 President Muhammadu Buhari will present the N19.76 trillion 2023 Appropriations bill to the joint session of the National Assembly on Friday.

On Wednesday, the Senate rejected the recommendation of its committee to reduce the oil subsidy fund in 2023 from N3.6 trillion to N1.7 trillion and upheld a N8.4 trillion borrowing plan.

In the Medium Term Expenditure Framework and Fiscal Strategy Paper (MTEF/FSP) for 2023–2025, President Muhammadu Buhari proposed N3.6 trillion as a subsidy for Petroleum Motor Spirit (PMS) for January–June of the following year.

The cost of petroleum subsidies, however, should be limited at N1.7 trillion in 2023, according to a recommendation made by the Senate Joint Committees on Finance and National Planning and Economic Affairs, which worked on the fiscal document.

In accordance with the Senate’s recommendations, the benchmark price for oil was raised to $73 per barrel, and daily oil production was increased to 1.83 million barrels.

The Red Chamber approved the budget deficit of N11.3 trillion, the estimated revenue of N9.352 trillion, and the new borrowings of N8.437 trillion (including international and domestic borrowing), but only after the National Assembly was given the specifics of the borrowing strategy.

In his remarks, Senate President Ahmad Lawan stated that, according to the committee’s observations and findings, Nigeria is in a war scenario with regard to crude oil theft and revenue remittance by numerous MDAs.

A budget plan for the 2023 fiscal year has been approved by the Federal Executive Council (FEC), and it will be delivered to the National Assembly on Friday.