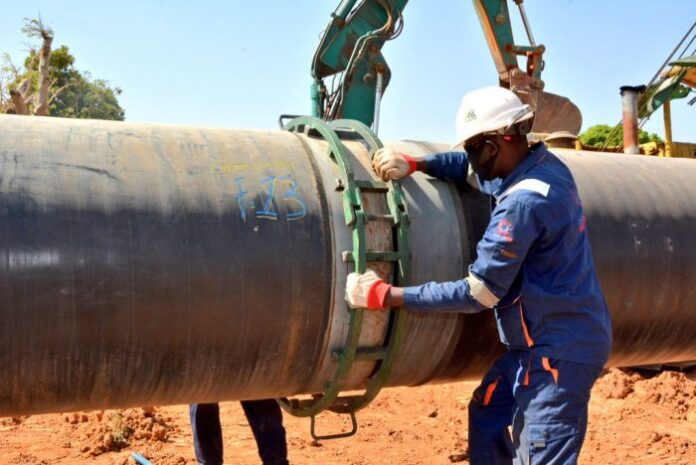 In an effort to stop oil theft in Nigeria, the Nigerian National Petroleum Company Limited (NNPCL) announced on Tuesday that 395 illegal refineries had been shut down.
The Group Managing Director of NNPCL, Mr Mele Kyari, made this statement during a meeting with the Senate Ad Hoc Committee on Oil Theft in Nigeria.
Kyari, who recently highlighted concern about the scope of oil theft and asset vandalism, termed the crime as catastrophic.
“We have deactivated 395 illegal refineries, taken down 273 wooden boats, destroyed 374 illegal reservoirs, and destroyed 1,561 metal tanks. We have sized over 49 trucks and burnt them down, we have discovered illegal oil pits of 898 so far, and 1,219 cooking sites have been taken down,” he said.
According to him, NNPCL discovered a four-kilometre illegal connection into the sea that runs from its main forcados line and has likely been in operation for the past nine years with the assistance of its private security partners.

He claims that the four-kilometre unlawful route does not reach its destination.

According to him, petroleum theft by vandals has reduced Nigeria’s oil production from 1.8 million to roughly 1.2 million barrels per day.
He asserted that it was untrue that the 1.2 million barrels that stood between the company’s actual budget and its prospective budget level of 1.8 million barrels were stolen.
“To be very precise, we have never seen this level of escalations in our operations. The scale of oil theft and vandals that we are seeing today is unprecedented, prices of crude oil are so high in the market today, for oil thieves to operate. But we have put a structure of security hovering around our partners, all the government security agencies, and we have set up private security contractors.

“Because the Brass, Forcados and the Bonny terminals, all of them are practically doing zero production today, the combined effect is that you have lost 600,000 barrels per day when you do a reality test.

“But we hope to restore production to the forcados terminal, this is as a result of the security intervention that is ongoing,” he said.

Sen. Mohammed Nakudu (APC – Jigawa), the chairman of the joint committee, ordered the NNPCL group general manager to install trackers on trucks loading crude from terminals, claiming that technology existed to monitor ships ladened with crude as is done in other nations.

In addition, he cautioned him to be ready for oversight at the refineries in Port Harcourt and Warri notwithstanding NNPCL’s claims that they have been renovated.