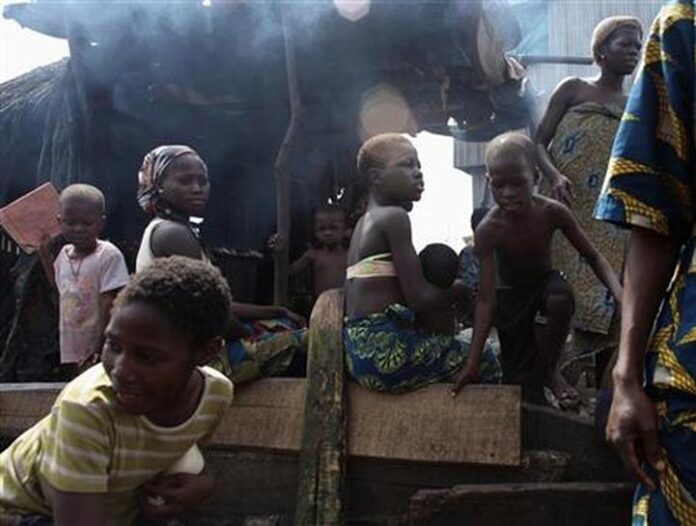 According to the World Bank, the effects of “exceptional” shocks to the global economy, such as the coronavirus pandemic and the war in Ukraine, make it improbable that the world can eradicate extreme poverty by the year 2030.

The World Bank stated in a new report released on Wednesday that increasing food and energy costs had slowed the global economy’s ability to recover quickly after COVID-19 gave the “largest setback” to poverty in decades.

It also predicted that the rate of poverty reduction would slow down, even more, this year as expectations for global development dimmed due to Russia’s invasion of Ukraine, a downturn in China’s economy, and increasing inflation.

“Given current trends, 574 million people – nearly 7 per cent of the world’s population – will still be living on less than $2.15 a day in 2030, with most in Africa,” the Poverty and Shared Prosperity report said.

“Progress in reducing extreme poverty has essentially halted in tandem with subdued global economic growth,” he said, blaming inflation, currency depreciations and broader overlapping crises for the rise in extreme poverty.
The top economist of the World Bank, Indermit Gill, warned that failure to address poverty in less developed nations would have serious consequences for the global community’s capacity to address a variety of issues, including climate catastrophe.

Extreme poverty rates would prohibit these frequently densely populated emerging countries from becoming larger consumers of commodities on the global market, which would restrict growth in established economies.

The World Bank advised nations to increase cooperation, refrain from wide subsidies, concentrate on long-term growth, and adopt policies like property taxes and carbon taxes that might help raise money without harming the most vulnerable.

According to its analysis, more than three billion people live below the average national poverty level for upper-middle-income countries, which is $6.85 per day.

According to the report, poverty reduction had already slowed in the five years before to the epidemic, and the poorest individuals had obviously borne the brunt of its highest costs. According to the World Bank, the poorest 40% of people faced average income losses of 4% during the pandemic, twice as much as what the richest 20% of individuals lost.
The research revealed that government expenditure and emergency aid played a significant role in preventing even greater increases in poverty rates, but that the economic recovery had been uneven, with developing nations with less access to resources spending less and making less progress.

According to the report, 60 per cent of all individuals living in extreme poverty are now concentrated in sub-Saharan African nations, where the poverty rate is at 35 per cent.

“Over the next decade, investing in better health and education will be crucial for developing economies,” Gill said.