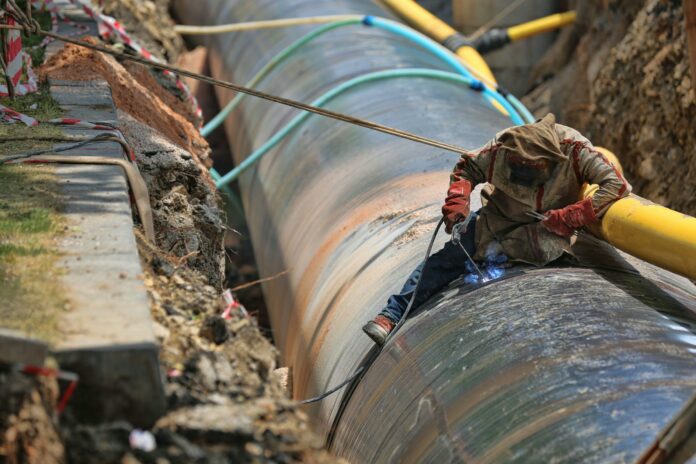 The Nigerian National Petroleum Company and Morocco’s National Office of Hydrocarbons and Mines, on Thursday, September 15, 2022, signed an MoU for a long-delayed gas pipeline proposal that will link the two countries, opening a possibility for a new energy supply path for West Africa and Europe.

According to experts, the 5,600-kilometer pipeline expected to run along West Africa’s coast will be costly and take many years to complete. The recently signed gas pipeline deal comes at a time European countries are grappling with the issue of new gas sources due to the Ukraine-Russia war.

The agreement was also signed by the fifteen West African economic community countries, who supported the proposal to ship fuel to Spain and other European countries through pipelines across the borders.

To support the project’s preliminary stages, the Islamic Development Bank of Saudi-Arabia (IDB) and the Organization of the Petroleum Exporting Countries (OPEC) have set aside about $60 million to fund the feasibility and technical education of the pipeline.

Nigeria has Africa’s biggest gas reserves, yet most of the gas is unused or re-injected into the oil wells. The Nigerian government asserted its commitment to monetizing the excess gas to diversify the domestic energy industry as oil production faces a steady decline due to a lack of innovative solutions and constant theft from the pipelines.

Since an agreement signed in 2018 by the two states indicated the gas project could take about 25 years to finish, the newly signed deal may take many years to deliver gas to Europe. Besides, the project will be costly, and it is unclear how the funding will be sourced.

In June, Nigeria’s deputy oil minister told the press that the final price tag would only be determined after the implementers designed the project. The NNPC is also championing another transcontinental gas pipeline that would start from Nigeria to European markets through northern Algeria.
Source / More Information
Bloomberg