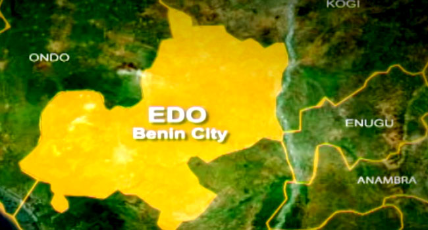 The Edo State Government has denied claims that ISWAP had carried out an attack in the state on Thursday.

There had been reports that ISWAP had claimed responsibility for an attack on a police checkpoint in the state during which a patrol van was set ablaze.

But the state government says the attack which occurred at Ibillo-Igarra Road Junction was carried out by fleeing bandits.

In a statement on Saturday, the Commissioner for Communication and Orientation in the state, Chris Nehikhare, said the state government’s position followed “a thorough investigation” by the state security outfits involving the Police, Nigerian Army, Edo State Vigilante Network, and Nigeria Security and Civil Defence Corps (NSCDC).

“There is no evidence of ISWAP or its operatives in Edo State,” he said.

He assured that the state government would continue to provide support to the security agencies in the state to tackle crime and criminality and also enhance patrols of the state’s borders to make the state most uncomfortable for the decimated bandits.

“The Edo State government restates its commitment to the safety of lives and property in the state and to the sustenance of a safe environment for citizens to go about their lawful businesses,” he added.