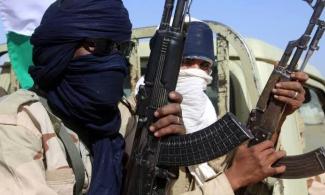 The deceased were said to be members of Ruwan Jema village in the State.

Naija247news learnt from credible local sources in Zamfara that a group of terrorists in a convoy of motorcycles invaded Ruwan Jema, on Friday.

According to one of the sources, Aliyu Nanarki, who is a resident of Ruwan Jema, the bandits stormed their community during Friday Prayer in the mosque.

He said: “Those killed by the bandits were among those observing their Friday prayer in the mosque”.

Naija247news gathered that 11 corpses were recovered after the raid by the terrorists, even as several persons are still missing, since yesterday.