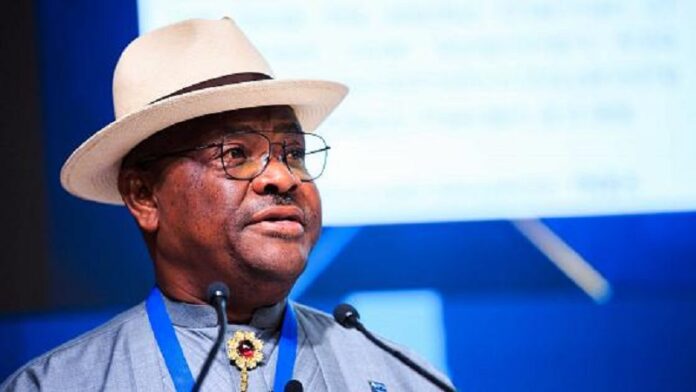 Governor Nyesom Wike of Rivers State on Thursday summoned a meeting with stakeholders of the Peoples Democratic Party in the state.

The meeting is held at the Banquet Hall of the Government House in Port Harcourt, the state capital.

The meeting was summoned amid the ongoing crisis in the PDP over rising calls for the party’s national chairman, Iyorchia Ayu, to resign for a southerner to take over.

Wike and his allies including Governor Seyi Makinde of Oyo State, ex-governor Ayo Fayose, and Jonah Jang, amongst others had on Wednesday morning pulled out of the campaign council of the party’s presidential candidate, Atiku Abubakar, insisting that Ayu must go.

The chieftains argued that the Atiku and Ayu, both northerners, cannot hold the two most prominent offices in the party simultaneously, and noted that Ayu should fulfill his promise to step down with the emergence of a northern presidential candidate.