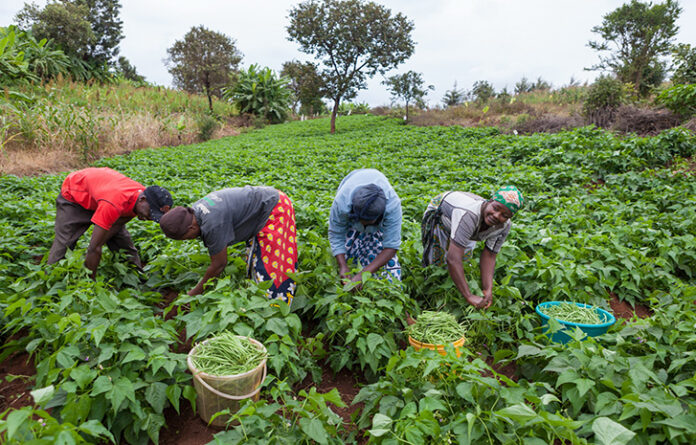 By reporters
Kano, Sept.19, 2022 Some stakeholders in the agriculture sector have called for the introduction of an Action Plan aimed at boosting the involvement of the citizenry in irrigation farming.

The stakeholders, made up of farmers, agriculture experts and disaster management personnel, told the News Agency of Nigeria (NAN) in Kano, Sokoto, Kebbi and Zamfara that with the rainy season becoming increasingly unpredictable, threat to national food security was apparent.

They cited the example of this year experiencing unprecedented downpour, with its colossal damage to food crops, as against some years back when farmers had to grapple with drought or dry spell during the wet season.

According to them, time has come to de-emphasis reliance on rain-fed farming because of it unreliability, and replace same with dry season irrigation farming that enables farmers to control situations on ground.

They also suggested the provision of information or data on the right choice of variety crops to be planted, based on the anticipated rainfall pattern of each year as envisaged by NiMet.

He admonished farmers to always take with utmost seriousness, climate prediction by NiMet to reduce the vulnerability of their crops to destruction by heavy rainfall.

Dr Aliyu Barau, a lecturer with the Department of Urban and Regional Planning, Bayero University Kano, also said that farmers must embrace irrigation farming to make up for their losses.

He expressed fears about the possibility of astronomical hike in price of food items, just as he suggested that the Federal Ministry of Agriculture should be providing data and information on what was suitable for farmers to cultivate, ahead of rainy season.

According to him, the excessive downpour that characterise the 2022 rainy season, posed a serious threat to food security in view of the calamities that have befallen farmers.

“Although we are still in the season, we have to start thinking, as stakeholders, on how to address the anticipated shortfall in food production to avoid hunger in the land”, he said.

He said such measure would minimise post-harvest losses and mitigate the impact of damage to crops by heavy rainfall.

He said the country had been incurring losses annually due to damage to crops by downpour and lack of well-equipped storage facilities.

He said such varieties could resist the effects of climate change that had been manifesting in the form of erratic rainfalls pattern.

In Zamfara, flood had destroyed over 3000 hectares of farmland, according to the Public Relation Officer to the Ministry for Humanitarian Affairs and Disaster Management, Bashir Kabir.

He told NAN that although all parts of the state were affected, most hit were Bukkuyum, Gummi and Talata Mafara.

The situation is the same in Sokoto State, with some farmers lamenting the damage to their crops.

A large scale farmer in the state, Alhaji Halilu Aliyu, told NAN that rice and millet crops were most affected.

Aliyu said due to the rainfall pattern of the State, farmers usually planted crops with short maturity period that required minimum rainfall, but that this year, the volume of rain had become too much for such crops.