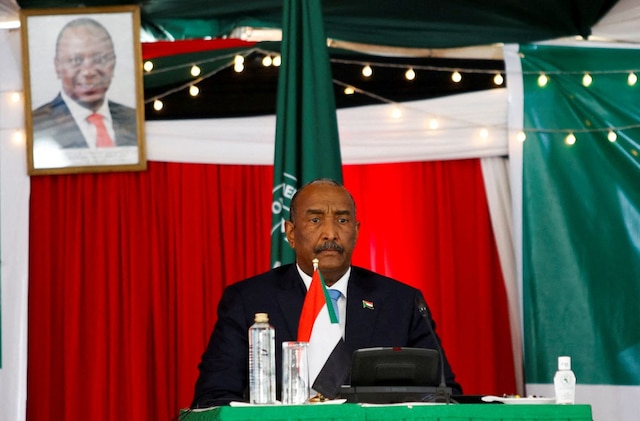 CAIRO, Sept 16 (Reuters) – Sudan’s military leaders agreed on the appointment of a prime minister and head of state by civilian political forces, General Mohamed Hamdan Dagalo said in a statement on Friday, following a meeting with head of state General Abdel Fattah al-Burhan.

The generals reaffirmed statements from this summer that the military “would exit the political scene and focus fully on its duties as laid out in the constitution and the law,” following the appointment of a civilian government, the statement said.

Sudan’s military took power in an October coup that ended a power-sharing agreement with civilian pro-democracy parties, plunging the country into political and economic turmoil.

Mediation efforts led by the United Nations, African Union, and foreign powers have not come to fruition. Civilian groups have demanded the complete and immediate exit of the military from politics.

Sources told Reuters that earlier this week Burhan had met with ambassadors from the United States, United Kingdom, Saudi Arabia and the United Arab Emirates to discuss political solutions to the crisis.

A draft constitution circulated by the Sudanese Bar Association in recent weeks has received praise from some political groups, as well as General Dagalo, leader of the controversial Rapid Support Forces, in a statement this week.

Sudan’s pro-democracy movement, led by neighbourhood resistance committees, has held demonstrations weekly since the coup, with the latest scheduled for Saturday in the city of Bahri.