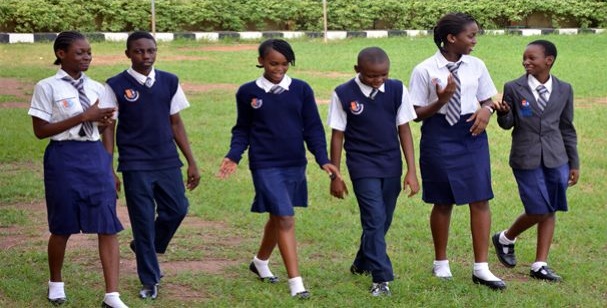 By Toba Ajayi
Ilorin, Sept.14, 2022 Heads of secondary schools in Kwara have commended Gov. AbdulRahman AbdulRazaq achievement in turning around learning environment and improving teachers welfare in the state.

The principals made the commendation in Ilorin on Wednesday during an open engagement with AbdulRazaq at the Goverment House to feel their pulse on government’s focus on basic education.

This is contained in a statement by the Chief Press Secretary to the governor, Mr Rafiu Ajakaye.

The statement quoted that over 300 school principals across the 16 local government areas of the state attended the meeting along with some key stakeholders from across the education sector in the state.

The teachers commended the introduction of KwaraLEARN which, they said, was truly impactful, adding that the administration’s interventions have been spread across all parts of the state in a way never seen before.

The teachers, who acknowledged the improvements in their wages and teaching environment, however called on the governor to consider restoring boarding facilities which died a few years ago.

They also appealed to AbdulRazaq to end the pay disparities between teachers in basic classes and their senior secondary school counterparts which he inherited.

The Principal of Ilorin Grammar School, Hajia Muslimat Abdullahi, said the school was one of the schools which benefited from comprehensive renovation of schools under AbdulRazaq’s administration.

“Our school benefitted from not just a few renovations but total renovation of the school. I also want to express our gratitude to you for the sense of humility and commitment to the welfare of the teachers and students,” she said.

The Principal of Community Junior Secondary School, Ipetu-Igbomina in Irepodun Local Government Area, Mr Babatunde Adegboyega, said the administration has given a befitting facelift to schools while doing its best to promote welfare.

“I want to appreciate your good gesture for the promotion implemented, the welfare packages on salaries as well as changing the facelift of schools through renovation,” Adegboyega said.

” We want to appreciate you again for your care and love for the students on exchange programme because I remember last year I was in Minna, Niger State, for the Conference of Principals of Exchange Schools and Kwara State was ranked the best in the programme,” she said.

Mr Umar Abubakar, the Principal of Senior Secondary School Kanko, Shonga District in Edu Local Government Area, said the trajectory of basic education has changed for good since the governor came on board.

Malam Balla Sa’ad, another principal from Islamiyah College, Patigi, described AbdulRazaq as a workaholic governor who has committed so much resources to improve basic education.

Sa’ad however called for the recruitment of more science and languages teachers as well as non-teaching staff, provision of more textbooks in core subjects, in-service training for teachers and improved security network of schools.

ThevPermanent Secretary, Ministry of Education and Human Capital Development, Mrs Mary Adeosun, said the governor has been exemplary in his commitment to education which, she said, mirrors his passion for the future of the state.

On his part, the Chairman of SUBEB, Prof. Shehu Adaramaja, described the interactive session as historic in the state.

He said the challenges faced by teachers would be resolved, but called for patience and understanding of the teachers.

The SUBEB boss said training and retraining of teachers has been paramount to the administration, especially with the renewed cordial relationship between UBEC and SUBEB.

Responding, AbdulRazaq acknowledged all the issues raised by the teachers and said his administration remain committed to total revolution of the education sector for Kwara to reclaim its place in Nigeria.

“We have introduced KwaraLEARN programme and I thank you all for embracing the programme. That’s one of the paths to bringing Kwara back on top in Northern Nigeria and the rest of the country.

“The investment the government and you are making today may not show immediately but it is something that will speak for all of us later in the future.

“I have listened carefully to all the issues of promotions, leave bonuses, uniforms in schools, non-academic staff employment, textbooks, harmonisation between TESCOM and SUBEB salary, in-service trainings, seminars, security in schools, unity schools and exchange students within the state.

“Equipping laboratories in our schools, Water, Sanitation and Hygiene (WASH) facilities in schools, backlog of salaries, girl-child education, encroachment of school properties and building of shops in front of schools.

“These are part of the issues raised today and we will dissect them and take them one after the other,” the governor assured.