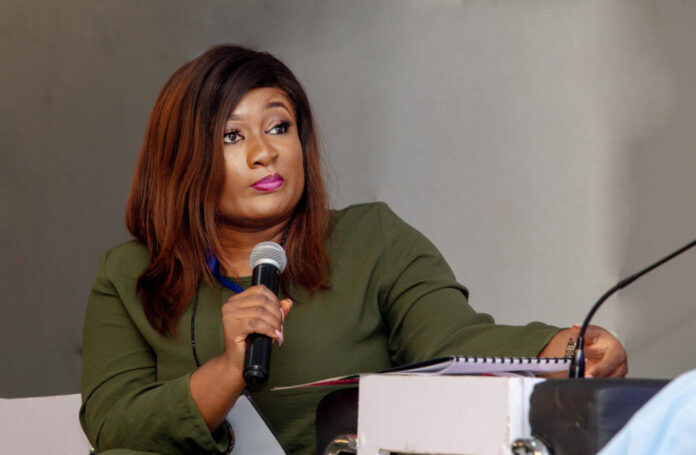 Lagos, Sept. 14, 2022 Coronation Merchant Bank has projected a rise in Nigeria’s Consumer Price Index (CPI) to 22. 2 per cent on a year-on-year basis.

Ms Chinwe Egwim, chief economist of the bank, stated this on Wednesday during a panel discussion at the 15th Annual Banking and Finance Conference of the Chartered Institute of Bankers of Nigeria (CIBN) in Abuja.

The discussion was on: ‘Nigeria’s Economy in the Last Five Years: Lessons Learnt and Choices to Make in the Next Five Years.’

“Now, from our vantage point at Coronation, looking ahead in Nigeria, we expect further upticks in headline inflation. Our end year forecast has inflation hitting 22.2 per cent on a year-on-year.

“This projection took into consideration modest increases in the month-on-month inflation.

“Our forecast is also influenced by structural issues impacting the cost of doing business such as insecurity and the impact of the Russia-Ukraine crisis on the economy,” Egwim said.

She added that there would be an increase in circulation of the naira toward the end of the year, as the period would be the peak of electioneering toward 2023 elections.

According to her, this is likely to trigger some level of demand pull inflation, as what is seen currently is more of cost push inflation.

“Based on our model, headline inflation should moderate to about 17.28 per cent in 2023 and then it should maintain a downward trajectory to 11.35 per cent by 2025.

“We assume that the ongoing crisis would cease or that a workable solution to supply side shocks and severe cost push inflation would be implemented, in addition to other assumptions,” she said.

On economic diversification, which has non-oil exports at the front burner, Egwim said if Nigeria’s non-oil export potential was optimised at the minimum, at least, a two per cent boost in non-oil GDP was obtainable on a quarter on quarter basis.

“So, overall GDP can hit double digit if we see a two per cent growth on a Q-on-Q basis and if we impose that across quarters, dragging all the way to 2025.

”We can see it hit as high as 11.25 per cent and a doubling essential if we are going to achieve inclusive growth, which is important to tackle the poverty levels that we are currently seeing.

“To support this diversification towards non-oil, banks can contribute in many ways, like accelerating the drive around sensitisation programmes, fairs and campaigns.

“This will help micro small and medium sized businesses equip themselves with tools to enhance their eligibility with regards to gaining access to finance or gaining access to business expansion support,” she said.

Egwim explained the increased urgency to optimise Nigeria’s non-oil export potential based on the latest foreign trade data released by the NBS was essential.

She said non-oil exports accounted for just 26 per cent of total exports in the first half of 2022.

Egwim said others were issues around production value chains and value addition of select export products, especially in the agriculture sector.