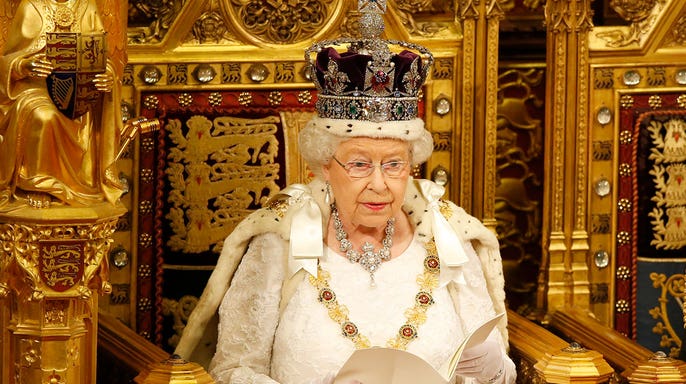 The professor made his comments during Velshi’s Saturday MSNBC special, titled “Remembering Queen Elizabeth II.” Velshi, who seemed quite keen on discussing the British monarchy’s history of “colonialism” during the memorial, prompted Andrews by asking, “How do you express colonialism? What’s the short form of the effect of colonialism today? Was it bad?”

After Velshi quickly added, “I draw the conclusion that yes, it was bad,” Professor Andrews responded, saying, “Of course colonialism’s bad. It was terrible. And if you just look at a map of the world by GDP per capita, the poorest countries today are in so-called sub-Saharan Africa where the Black people live, and the richest countries are the west where the White people live.”

QUEEN’S FUNERAL COULD BE CURTAINS FOR PRINCE ANDREW, EXPERT SAYS

He then blamed the British monarchy for this, saying this White supremacist world “came from the colonial era, and the Royal Family unfortunately, and the Queen in particular, symbolize that system.” He continued, “That’s one of the reasons she’s so popular, is cause she is a throwback to those colonial times when Britain was great and when Britain dominated the world.”

“And you cannot separate that history from the poverty that we see around the world today.”

Later on in the segment, Velshi asked Andrews to comment on whether you can hold “these two thoughts,” that “You can like the Queen, you can honor the fact that someone has passed,” and that “she didn’t forsake the institution that was responsible for colonialism.”

Andrews revealed he didn’t have to reconcile the two thoughts because he’s not fond of the Queen. “I don’t have any affection for the Queen, and that’s nothing personal against her. I don’t know her, none of us know her, right? And it’s sad that someone’s passed away but that affection doesn’t exist for many of us,” he admitted.

“But we grew up very different. We understood what the Queen was,” he claimed, adding, “Royalists and the monarchy represented the racism that my generation faced.”

“And I’m not sure why I should be sad today, and millions of us in this country have exactly the same feeling as me, I would say,” the professor concluded.