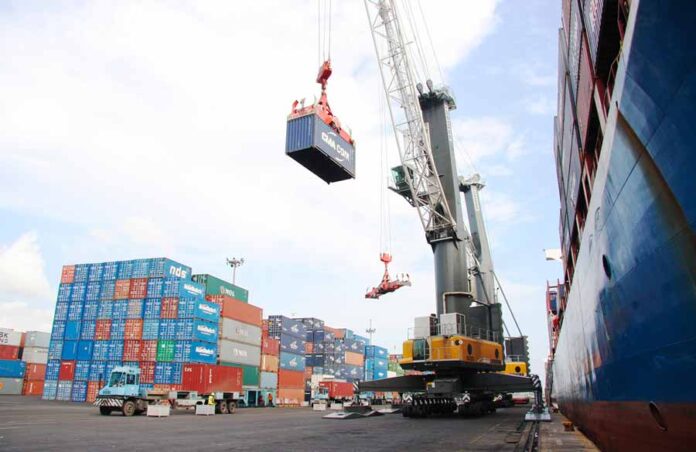 Breaking down the total trade numbers, Nigeria’s total exports during the period were N7.41 trillion of which re- exports stood at N9.63 billion, while total imports stood at N5.44 trillion.

This signals that for the second consecutive quarter running, since Q2 of 2021, Nigeria recorded a trade surplus of around N1.97 trillion in Q2 2022 from N1.19 trillion during Q1 of 2022 which can be attributed to the massive increase in Nigeria’s receipts from crude oil exports and the imports of refined petroleum products.

For the import segment, Nigeria recorded moderately sluggish numbers in this category as we saw imported manufactured goods leading the line with a 7.28% quarter-on-quarter decline to N2.76 trillion from N2.97 trillion in Q1 2022 but increased invariably by 14.92% from N2.39 trillion 12 months ago.

The report from the statistics office further revealed that Nigeria’s major imports during the quarter were mineral fuels valued at N1.49 trillion and was followed by imported machinery and transport equipment valued at N1.47 billion and then chemical and related products with a value of N940.56 billion.

On the other hand, Nigeria exported mainly mineral products which amounted to N6.77 trillion followed by Products from the chemical and allied industries which were valued at N318.51billion and Vegetable products worth N100.12 billion.

Underpinning the exports were largely driven by exports in Petroleum oils and oils obtained from bituminous minerals, crude with N5.91 trillion followed by Natural gas, liquefied with a value of N735.60 billion and Urea, whether or not in aqueous solution with N308.14 billion.

For the imports, the commodity groups with the largest values among the top imported products were ordinary motor spirit (N948.76 billion), Gas Oil (N357.37billion), and Durum wheat (Not in seeds) (N242.67 billion).

Thus, the values of imports from the top five countries amounted to N3.14 trillion, representing 57.71% of the total value of imports. And the re-export destinations were Cote d’Ivoire, Democratic Republic of Congo, Ghana, Cameroun and Turkey.

We note that Nigeria’s rising trade surplus comes from its continued drive on non-oil exports as an effort to achieve the economic diversification plan and increase receipts from oil and non-oil exports.

Also, receipts from crude oil exports were substantial to the recorded surplus and were driven by the rally in crude oil prices caused by global supply shocks from the Russian-Ukraine war.

For a better context, CBN’s data on the price of Bonny Light, Nigeria’s benchmark blend, averaged $100 per barrel during Q2 2022