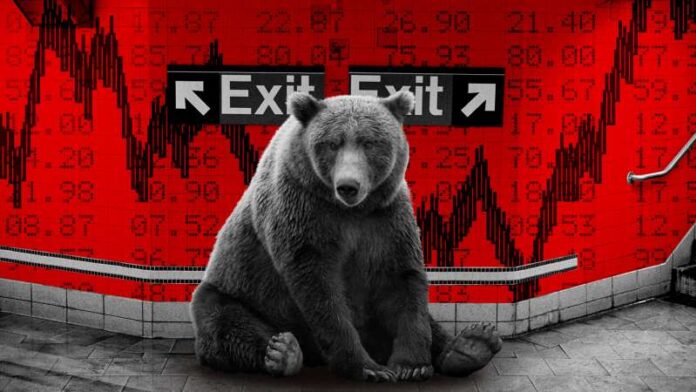 Performance of the equities market in the just
concluded week was downbeat as intense bargain
hunting activities and bearish sentiments drove the benchmark index by 70bps week on week to close the week at 49,695.12 points.

Similarly, the market cap of traded equities tanked 0.7% week on week to N26.80 trillion on the back of negative investors sentiments resulting in an N188.94 billion loss in 4 out of 5 sessions while the market YTD return moderated to 16.34%.

As the bears held grip of the market, the broad-base bearish performance in the just concluded week was buoyed by price declines witnessed in tickers such as JAPAULGOLD (-12%), HONYFLOUR (-11%), VITAFOAM (-10%), STANBIC (-9%) and ZENITH (-7%).

Across the sectorial front, it was a mixed performance as two of the five indexes under our purview advanced higher on the back of strong demand by investors.

Thus, NGX Insurance and the Consumer Goods Index emerged as the week’s gainers with 1.04% and 0.72% gain week on week.

On the flip side, it was a negative performance for the NGX Industrial Index (-0.01%), while the NGX Banking and Oil and Gas Indexes depreciated by 0.6% and 0.11% week on week respectively.

Furthermore, the level of trading activities in the week reversed from the northward close last week as the total traded volume tanked 20.54% w/w to 949.82 million units while the total weekly traded value went the same direction by 27.81% w/w to N9.33 billion and then the total deals traded for the week also dipped (4.04% w/w) to 18,525 deals from 19,305 deals last week

In the third quarter. Thus, we expect the bulls and bears to share the market leadership.

However, we continue to advise investors to trade on companies’ stocks with sound fundamentals and a positive outlook.