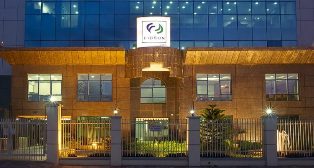 (Bloomberg) — Nigeria’s biggest drugmaker said a long-running national dollar shortage is driving up the cost of raw materials the pharmaceutical industry relies on to produce medicine for Africa’s most populous country.

Fidson Healthcare Plc, which like other pharmaceutical companies imports almost all of its raw materials, is only able to access about 30% of its foreign currency requirements from the central bank, according to its finance chief.

The company must instead turn to commercial lenders and bureaux de change sources, which raises its average dollar costs to around 500 naira, about 15% than the official rate of about 436 naira.

The Central Bank of Nigeria adopted a strict demand management strategy to preserve foreign exchange reserves after a drop in oil exports that account for 80% of export income. While that has kept the naira largely stable compared to the currencies of other African countries, it has caused acute dollar shortages and increased the spread between the official and paralllel market rates.

The local unit traded 435.63 naira to a dollar as of 11.39 a.m. local time in the official spot market, 62% cheaper than the unauthorised market exchange rate of about 705 naira.