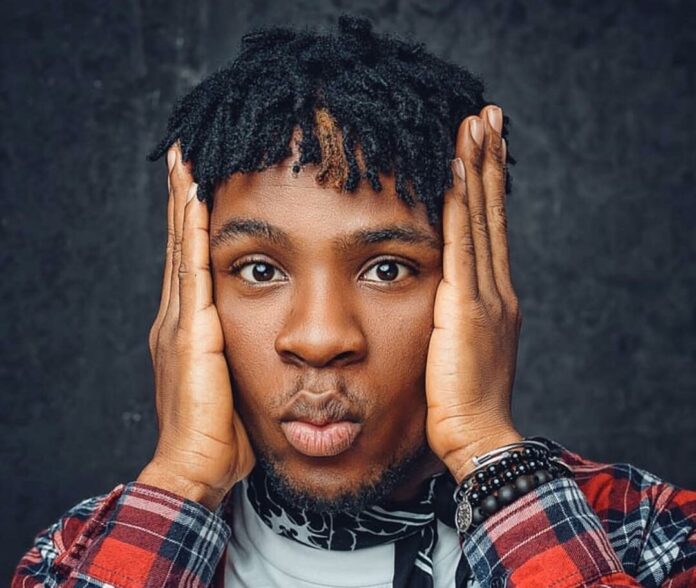 The plaque was for his collaboration work on the album ‘Music is the weapon’ by American music group, Major Lazer.

The singer, who took to his social media platforms to share the huge feat with his fans and well wishers, said he got the certification of recognition from the recording academy based on his effort.

The renowned singer’s album was nominated for Best Dance/Electronic Music at the 64th Grammy awards.

Joeboy, who recently released a viral single titled ‘Contour’ was set to drop his sophomore studio project later this year, as he set for big things to come as the year draws close to an end.

He is a Nigerian Afrobeat singer, songwriter and a recording artist, who was signed to Barku music, a record label under the exclusive license of emPawa Africa Limited owned by Mr Eazi.

His career started in 2017 with the first release of his singles ‘Shape of You’ ,,which gained massive views nationally and internationally.

Mr Eazi noticed his fantastic vocals and took up the sponsorship of his musical career.

He recorded another song ‘Faaji’ which was an instant hit in March 2019, he released another song ‘Baby’ which made the first 10 songs on Apple music chart, and had been growing from there.

Joeboy had been brilliant in his career; he was even nominated in 2020 for the Next Rated Category at the Headies Awards, which was won by Rema of Marvin records.

The singer is popularly known for his hit songs like ‘Alcohol’ ‘Baby’ ‘Begining’, ‘All for you’ among others.

The News Agency of Nigeria (NAN) reports that, Nigerians believe that Joeboy will be within the Nigerian music space, as well as being part of the new generation of singers, set to take over from the likes of Burnaboy, Wizkid and Davido