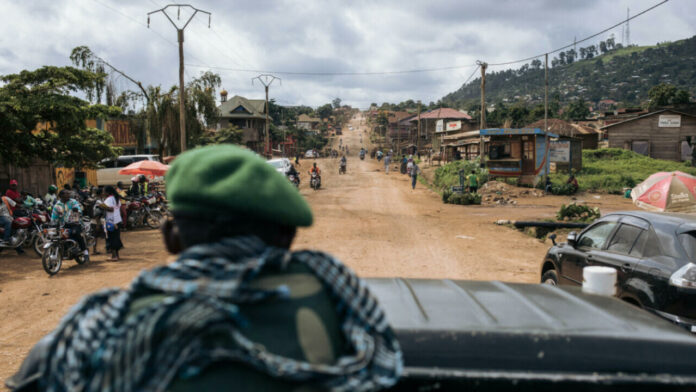 BENI, Democratic Republic of Congo, Sept 9 (Reuters) – Suspected militiamen carrying guns and knives killed at least 15 people and burned hundreds of houses during an attack overnight on a market in a town in eastern Congo, local officials and a resident said on Friday.

The raid, near the town of Djugu, is the latest in a string of violent attacks in the eastern Ituri province, where rival groups fight over land and resources.

“I was spending the night in my shop and suddenly I heard bullets and people moaning,” said resident Lokana Maki.

“We have so far seen 15 dead and more than 300 houses burned and other people injured and even kidnapped.”

The death toll was confirmed by local chief Richard Venna and by a local civil society member.

The attackers were likely from the CODECO militia, whose ranks are drawn mainly from the ethnic Lendu farming community, which carries out regular attacks on Hema herders in the eastern Iruri province, Venna said.

The attack took place not far from the site of another CODECO massacre in February in which at least 60 people were killed at a camp for a displaced people.

Much of eastern Congo has seen a spike in violence this year, frustrating residents who say the army and the United Nations peacekeeping mission, known as MONUSCO, is not doing enough to keep people safe.

At least one person was killed in the eastern city of Beni this week when shots were fired during another protest against MONUSCO. read more