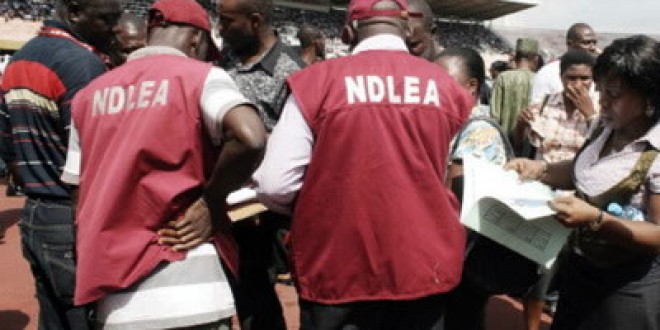 The State Commander of the Agency, Mrs Ekeate Egwunwoke, who made this known in Gombe on Thursday, said the Command also arrested six suspects.

She said operatives of the agency while conduct search operation at the Hammadu Kafi area of Gombe, intercepted a truck load of drugs heading into the state from Onitsha in Anambra State.

“In the course of the search, conducted in the presence of the truck driver, recovered nine bags of controlled drugs bearing inscription of individuals hidden in the vehicle.

“Six persons have been arrested and currently undergoing investigation, thereafter they will be charged to court,” she said.

She warned perpetrators to desist from illicit trafficking, sale or peddling of drugs or risk arrest.

The commander further sought for cooperation of stakeholders to rid the state of drug abuse.