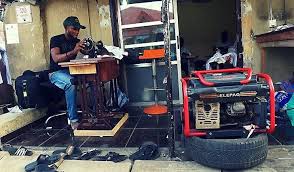 Mr Princewill Okorie, Coordinator of the group, made the call in an interview with newsmen on Wednesday in Abuja.

Okorie, who is also the National President, Association for Public Policy Analysis said that the group had developed a document on the policy and submitted it to Small and Medium Enterprises Development Agency of Nigeria (SMEDAN), Federal Ministry of Power and other agencies of government.

According to him, the group is expecting these agencies to set up a committee to look into the document and come up with suggestions.

“ What prompted us to put the document in place is that MSMEs are contributing to social development of the country. The survey we carried out shows most of these people are not making enough profit.

“We found out that they are not making enough profit due to the high cost of diesel and fuel as well as estimate billing.

Okorie also said that corrupt practices in the electricity sector was affecting MSMEs adding that unfortunately they do not even know the provision meant for their protection in the Electric Power Sector Reform Act (EPSR), 2005.

“Electricity Distribution Companies (DisCos) that are supposed to explain their mode of service delivery to them are not doing that.

“ `And the local government councils where these MSMEs pay revenue and levies don’t know if they are making profit or looking at how electricity is affecting them.

”That is why we are educating them to know their right and ensure that a policy is put in place,” he said