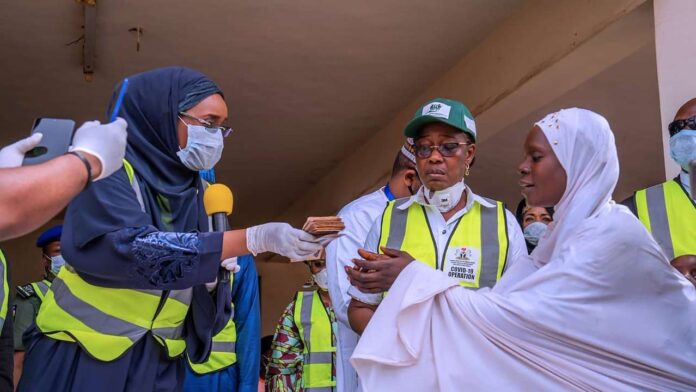 Dutse, Sept. 8, 2022 The Jigawa Government on Thursday announced plans to commence the disbursement of N1.7 billion to rural dwellers in form of free grants to the poor and to the Medium, Small and Micro Enterprises (MSMEs).

The state Commissioner for Finance and Economic Planning, Alhaji Ibrahim Umar, disclosed this to newsmen in Dutse.

Naija247news reports that the disbursement is under the NG-COVID-19 Action Recovery and Economic Stimulus (CARES) Programme.

The commissioner said that the programme was designed as performance for result by the World Bank which initiated the programme in order to assist poor Nigerians affected by the COVID-19 pandemic.

He said that the world Bank had already advanced the sum of N700 million for smooth take off of the programme in Jigawa.

“This in consideration of the tight situation being experienced across the state.

“Due to the Jigawa State commitments, the sum of N1,000,000,000 from the state treasury was released to complement the advance payment to achieve the six-months target as approved by Gov. Muhammad Badaru,” the commissioner said.

Umar said that the programme was designed as a performance for result (P for R) which will provide grants to fund numerous projects and programmes in line with the principles of Community-Driven Development Approach.

According to him, the existing platforms such as FADAMA Development Office, and State Cash Transfer Unit Directorate of Economics Empowerment will be used to deliver the programme

The commissioner said that the Jigawa State NG-CARES is implementing six Disbursement Link Indicators (DLIs) from three Result Areas which were chosen by the state government during the programme appraisal.

He said that the result area 1 which centred on social safety nets and basic service delivery was to scale up existing safety net interventions at the state level to expand the coverage of social transfers and livehood.

Umar said that the result area 2 would centre

on food security and safe food delivery, adding that it was expected to scale up interventions that help farmers increase food production and facilitate smooth functioning of supply chain.

“The intervention in this area include provision of seeds, fertilizers, agricultural extension services to farmers and opportunities to improve agricultural infrastructure,” the commissioner said