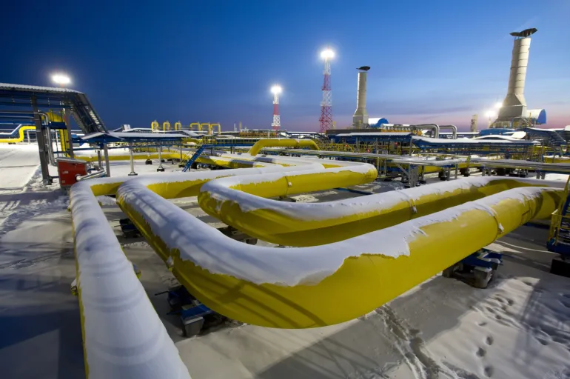 Russia’s energy giant Gazprom says it has signed an agreement with China to start payments for gas supplies to China in yuan and roubles instead of US dollars, in a sign of warming relations between Beijing and Moscow, which is under Western sanctions.

“The new payment mechanism is a mutually beneficial, timely, reliable and practical solution,” Gazprom CEO Alexei Miller was quoted as saying in a statement following a video conference meeting with the head of China’s oil group CNPC, Dai Houliang.

Miller added that it will “simplify calculations” and “become an excellent example for other companies”.

Miller informed his Chinese counterpart of the “status of work on the project for gas supplies via ‘the eastern route’ – the ‘Power of Siberia’ gas pipeline” which connects the Russian and Chinese gas networks, the Gazprom statement said.

Gazprom did not provide further details on the scheme or say when payments would switch from dollars into roubles and yuan.

The change is part of a push to reduce Russia’s reliance on the US dollar, euro and other hard currencies, which was accelerated by Western sanctions in response to the war in Ukraine.

Recently, Russia has been working on building closer economic ties with China and other non-Western countries.

Russian President Vladimir Putin earlier this year forced European customers to open rouble bank accounts with Gazprombank and pay in Russian currency if they wanted to continue receiving Russian gas. Supplies were cut off to some companies and countries that refused the terms of the deal, causing energy prices to soar.

The Kremlin has said that Russian gas supplies to Europe will not resume until Western sanctions against Moscow are lifted.

Russia signed a landmark $37.5bn extension to its deal to supply gas to China on the eve of the

It started pumping gas to China through the 3,000-km (1,865-mile) Power of Siberia gas pipeline in late 2019. Putin hailed the move as a “genuinely historical event, not only for the global energy market, but above all for us, for Russia and China”.

The energy giant said gas from the under-developed Kovykta field will start flowing through the Power of Siberia pipeline “before the end of the year”, allowing for the “increase [in] the volume of gas deliveries to China in 2023”.