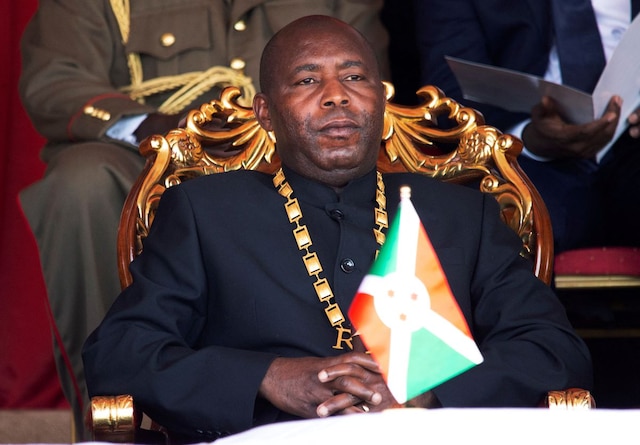 BUJUMBURA, Sept 7 (Reuters) – Burundi’s parliament on Wednesday swore in a new prime minister a week after President Evariste Ndayishimiye warned that some unnamed people were plotting to overthrow his government.

In a tweet parliament said it had unanimously voted to approve Gervais Ndirakobuca, previously minister for security and internal affairs, following his nomination by Ndayishimiye.

Ndirakobuca, who replaces Alain Guillaume Bunyoni, is under EU sanctions for his role in quashing demonstrations during political unrest in 2015. Under the constitution the president holds the country’s main executive power.

In 2015 the EU imposed travel curbs and asset freezes on Ndirakobuca and three others after accusing them of engaging in activities undermining democracy ahead of the disputed re-election that year of then president Pierre Nkurunziza.

The central African nation of 11 million people is one of the world’s poorest countries and its politics have over the years been marked by widespread human rights violations including killings, disappearances, torture and gang rape of alleged government opponents, according to the United Nations.

In an audio message that circulated widely in Burundi last week, Ndayishimiye said some people were trying to topple his government and warned them that they would not succeed.

A senior government official who did not wish to be identified told Reuters the voice in the audio was that of the president.

“In the name of God I will defeat them,” the president said in the audio.

In the audio he also accused some people of sabotaging his government by failing to solve a scarcity of key commodities that has fuelled resentment among some Burundians.

Burundi has been grappling with shortages of fuel, sugar and other staples for months.

A Reuters’ call to presidential spokesperson Alain Diomède Nzeyimana to ask whether the recording was of Ndayishimiye went unanswered.

Ndirakobuca, widely known by his nickname Ndakugarika, which means ‘I will kill you’, is also a veteran of the same wars.