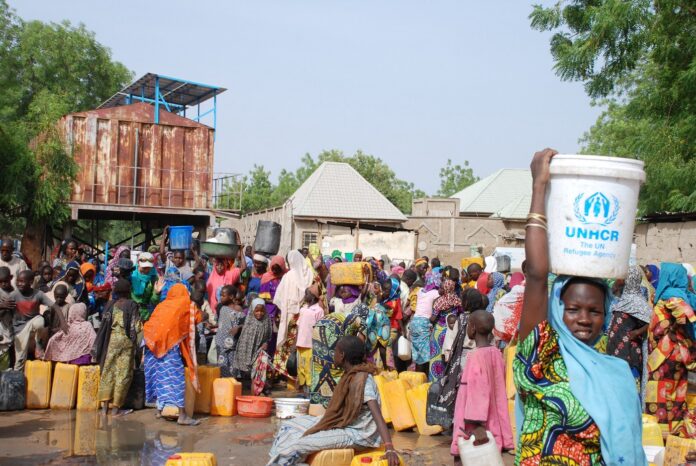 By Zubairu Idris
Kano, Sept. 6, 2022 (NAN) The Federal Government, has commenced distribution of N20,000 cash grants to 9,925 vulnerable people in Kano State under the National Social Investment Programme (NSIP).
The Minister for Humanitarian Affairs, Disaster Management and Social Development, Hajiya Sadiya Umar-Farouq, disclosed this at the launch of the programme on Tuesday in Kano.
The minister was represented by the Permanent Secretary in the ministry, Dr Nasiru Sani-Gwarzo.
“Today, we are here to kick-start the Grant for Vulnerable Groups programme (GVG) in Kano State.
”It is a project which was introduced in 2020, first as Grant for Rural Women (GRW), to sustain the social inclusion agenda of President Muhammadu Buhari’s administration.
“It is consistent with his deliberate national agenda of lifting 100 million Nigerians out of poverty in 10 years.
“The GVG was designed to provide a one-off grant, a cash grant of N20,000.00, to some of the poorest and most vulnerable Nigerians in rural and peri-urban areas across the 36 States of the Federation and the Federal Capital Territory.
“To empower the beneficiaries to improve their productivity and their commercial activities, mainly aimed at easing them out of poverty,” she said.
Umar-Farouq said that Buhari, through his deliberate social inclusion agenda, directed that 70 per cent of the beneficiaries must be women, while the remaining 30 per cent should be youths.
The minister also said that the president has directed that, at least 15 per cent of the total number of beneficiaries must specifically be allocated to citizens with special needs.
They include Persons with Disabilities (PWDs) and Senior Citizens in the state.
“It is on this note that we encourage the Kano State government to note and emulate this gesture and extend similar interventions to amplify social inclusion through it’s policies, programmes and projects.
“While the target of this Cash Grant project is to increase income and productive assets of the target beneficiaries.
“It is highly expected that the beneficiaries will use of the grants to improve their productivity, create wealth, generate employment and improve their living standard,” she said.
The News Agency of Nigeria (NAN) reports that the minister also launched digitized payment of the Conditional Cash Transfer (CCT) and Sensitization of Community Stakeholders of the National Home-Grown School Feeding Programme (NHGSFP) in the state.
In his remarks, the Gov. Abdullahi Ganduje, represented by the Secretary to the State Government, Alhaji Usman Alhaji, commended the Federal Government for the programme.
He said that it would be recorded by history that the administration of Buhari did well in improving the living condition of the vulnerable groups.
Ganduje urged the Federal Government to give special consideration to the state for its high population.