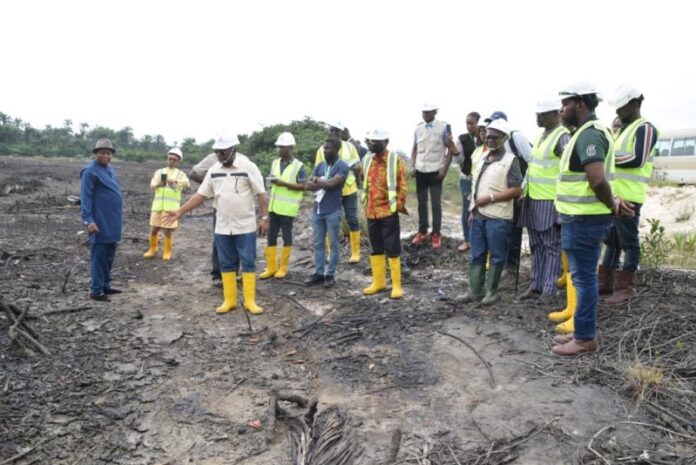 LAGOS – Pollution in Nigeria’s Ogoniland, which has been part of a landmark cleanup effort involving the United Nations Environmental Programme, could be worse than it previously estimated, a group monitoring the project said in a statement this week.

SDN’s samples at local laboratories had already found contaminants above set thresholds at more than 25% of sites that the programme had certified as clean in December 2021.

“There are problems with the Ogoniland clean-up and everyone involved should be interested in solving them,” SDN said.

Decades of spills from when oil production launched in 1950s has left once-vibrant creeks awash with hydrocarbons. While Shell Petroleum Development Corporation halted production there in the early 1990s, there is ongoing pollution from pipelines and illegal refining.

Cleanup at the site is run by the Hydrocarbon Pollution Remediation Project (HYPREP), funded largely by Shell and aided up by UNEP.

None of the parties, nor Nigeria’s environment ministry, immediately replied to requests for comment.

SDN said it is also concerned about contamination from poor contractor practices, including possible leaching from contaminated soil exposed to rainfall.

The report comes as UNEP prepares to withdraw from the project by the end of the year as originally planned. SDN said the loss of UNEP’s technical expertise and resources would harm cleanup, and called on HYPREP, Nigeria’s environment ministry and Shell to ensure its continued involvement.

(Reporting By Libby George; Additional reporting by Tife Owolabi in Yenagoa and Camillus Eboh in Abuja; Editing by Josie Kao)