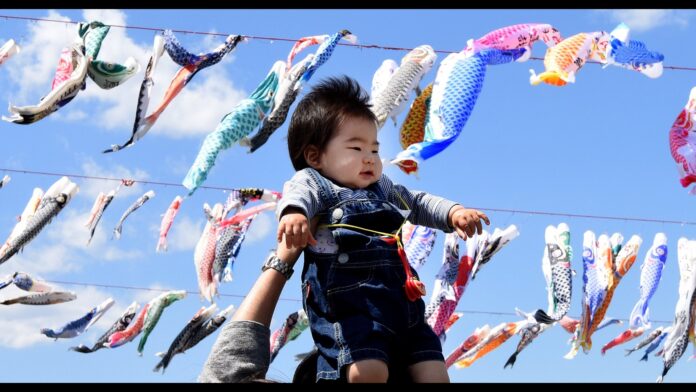 Tokyo, Sept. 2, 2022 (Xinhua/NAN) The Ministry of Health, Labour and Welfare on Friday, reported that the number of births recorded in Japan between January and June fell to 384,942, a decrease of 5 per cent year-on-year.

The figure, according to recent health ministry demographic statistics, fell by 20,087 from the same period in 2021.

The ministry said it was the lowest preliminary figure for the first half of a year since 2000, standing below 400,000 for the first time ever.

In June, the health ministry announced the number of newborns in 2021 had dropped to 811,604, the lowest number since records keeping began in 1899, while the latest data shows the decline is accelerating.

Kato said fewer births will increase burden on the working-age population to support the social security system “one of the challenges we should prioritize the most.”

Reasons cited for the drastically declining birthrate include, financial burdens of raising children and supporting their education, difficulties of balancing a working life and child-rearing, and an environment failing to encourage people to get married.

The government has taken measures to remedy the crisis, such as providing more childcare services, encouraging men to take parental leave and including infertility treatments in medical services covered by health insurance.

Experts believe more measures are urgently needed to tackle the decline in the working-age population, adding that the number of newborns is likely to hit a record low again this year.