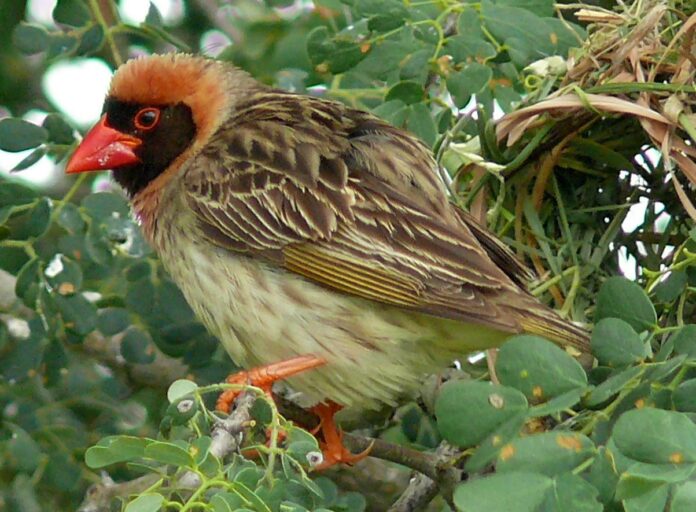 By Reporters
Kaduna, Aug.21,2022 (NAN) The collaborative efforts of the Federal Government and states in the Northwest is yielding positive result in checking the menace of Quelea birds threatening crops, reports the News Agency of Nigeria (NAN).

The migratory birds that often come into Nigeria from neighbouring countries, target farm produces, with farmers in borders communities receiving a substantial proportion of the heat through incurring massive losses.

In Katsina State, the Federal Government conducted massive aerialspray of chemical across four Local Government Areas of the state to check the threat of the birds.

Coordinator, Federal Ministry of Agriculture in the state, Alhaji Suleiman Salihu, told NAN in Katsina that the exercise was carried out in Dabiran, Sabbi, Ajiwa and Zobe towns of Daura, Mai’adua, Batagarawa, and Dutsinma Local Government Areas.

He explained that the people of the areas saw the birds and immediately reported to the ministry for prompt action, adding that the pests were prevented from causing any destruction.

He said the exercise, conducted from Aug. 3, to Aug. 7, was a proactive measure and part of the ministry’s Emergency Control of Trans-boundary pests.

The Coordinator said that the birds, which were trans-border pests, flew in their thousands from various countries into Nigeria.

Alhaji Maigari Dakingari, Kebbi State Commissioner for Agriculture and Mineral Resources said the state government approved the release of N40 million for aerial spray of Quelea birds coming from neighbouring Benin and Niger Republics to destroy crops in the state.

“When the rainy season started, we were taken aback by the invasion and attack of Quelea birds migrating from neighboring countries of Benin and Niger Republics.

“We contacted the Federal Government for intervention and aerial spray was conducted in some Local Government Areas bordering Benin and Niger Republics,” he said.

Dakingari said pests control was a very important element in agriculture, as such migratory birds wreak havoc annually, not only in the state alone, but also in Sokoto and Zamfara states.

“This is because our strategic location makes it a significant flashpoint for entry of migratory pests into the country.

“It is on that basis that Gov. Atiku Bagudu, approved the release of N40 million for flight hours, pesticides and logistics, to continue with the work the Federal Government had started in order to prevent the loss of crops by farmers in the state,” he said.

NAN reports that some of the Local Government Areas where the exercise will continue include Argungu, Dandi, Bunza, Bagudo, Yauri, Zuru, Augie and Gwandu.

A cross section of farmers in the state commended the efforts of the a Federal and State Government, with one of them, Malam Aminu Abdullahi, a farmer, describing the measure as a right step in the right direction.

Malam Kabiru Mohammed, an expert in animal health in Birnin Kebbi, advised people close to the area of operation, not to eat the birds killed during the exercise as the chemicals used were harmful.

Also, Kano State Government, in collaboration with the Federal Government, conducted aerial spray on Quelea birds in some parts of the state.

The Director, Agricultural Services, Kano State Ministry of Agriculture and Natural Resources, Alhaji Abdulkadir Sanusi-Madobi, told NAN that with the conduct of the exercise, threat of Quelea birds had been reduced substantially.

“The attack by the birds has been put under control now; the destruction by the birds is not much as few farmlands were affected; it will not affect the overall agricultural production expected during this wet season,” he assured.

He also stated that there were incidents of invasion of farm lands by army warms in some Local Government Areas, but added that the situation had also been brought under control.

Meanwhile, Sokoto State Chairman of All Farmers Association of Nigeria (AFAN), Alhaji Jamilu Sanusi, said he had not received any complaints of invasion of farms by Quelea birds in the state this year.

Sanusi however urged government agencies to be on the alert to tackle any such incident should it happen.

The Public Relations Officer of the State Ministry of Agriculture, Malam Muktar Iya , also confirmed to NAN that state had not recorded any case of Quelea birds invasion this year.

He said chemicals and spray apparatus were available to tackle any such calamity if it occurred.

The situation in Zamfara is however different as farmers in Bakura, Maradun and Talata Mafara Local Government areas of the State have called for the intervention of government in checking the menace of the birds.

Chairman of Rice Farmers Association, Talata Mafara Chapter, Malam Sambo Shehu, said they had been incurring losses as a result of massive destruction by the birds, especially during the dry season farming period, adding that farmers around Bakalori irrigation project were most affected.

“We only rely on traditional methods by covering our rice farms with fishing net and hitting drums to distract the birds from descending on our crops.

“We are therefore seeking the intervention of government in fighting the those birds as no individual or group can afford to employ modern technique of using helicopter to spray pesticide on them.

Secretary of All Farmer Association of Nigeria, Zamfara State Chapter, Sani Tanko, said many rice farmers had lost their farm produce to Quelea birds in Talata Mafara Local Government Area of the state.