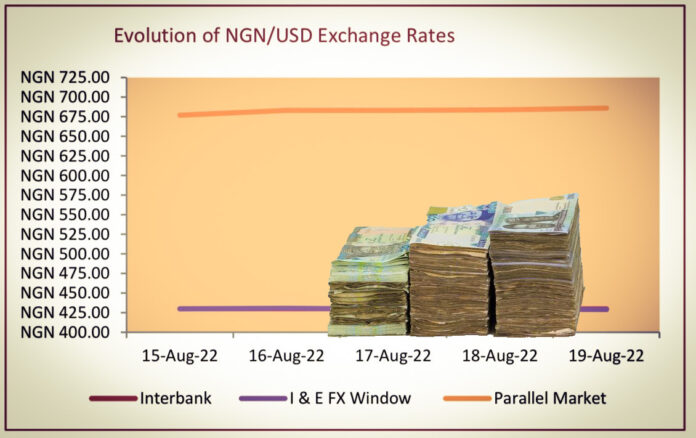 In the just concluded week, the Naira plunged further by (-1.33%) N9 to N686/USD from N677/USD at the parallel market as the misery continues for the legal tender which grapples for strength against the greenback due to existing demand and supply mismatch.

Elsewhere, the Bonny light crude price declined 2.59% w/w to close the week at USD111.44 per barrel from USD108.63 per barrel in the previous week.

Next week, we expect the Naira to trade in a relatively calm manner band across all segments barring any significant market distortions as the CBN continues its weekly FX market interventions.