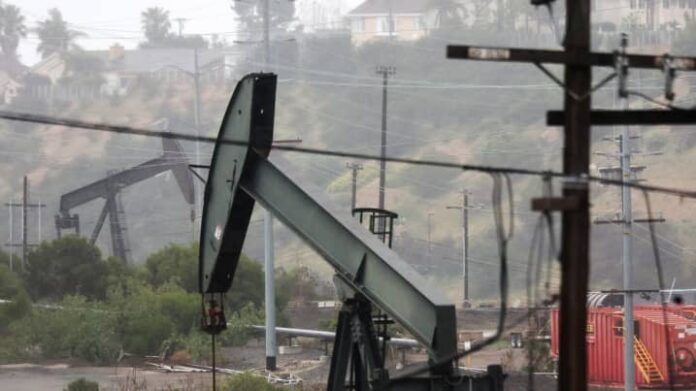 Brent crude open interest this month is down by 20% from August last year.

“Open interest is still falling, with some (market players) not interested in touching it because of volatility. That is, in my view, the reason resulting in higher volumes to the downside,” UBS oil analyst Giovanni Staunovo said, adding that the trigger for the drop on Monday was weak Chinese data.

The central bank in China, the world’s largest crude importer, cut lending rates to revive demand as data showed the economy slowing unexpectedly in July, with factory and retail activity squeezed by Beijing’s zero-COVID policy and a property crisis.

ING bank cut its forecast for China’s 2022 GDP growth to 4%, down from a previous projection of 4.4%, warning that a further downgrade is possible.

The U.S. dollar index , meanwhile, rose near to the middle of its range this month.

Oil is generally priced in U.S. dollars, so a stronger greenback makes the commodity more expensive to holders of other currencies.

Talks to revive the 2015 Iran nuclear deal were also in focus on Monday. Oil supply could rise if Iran and the United States accept an offer from the European Union, which would remove sanctions on Iranian oil exports, analysts said.

Iran will respond by midnight on Monday to the European Union’s “final” draft text to save a 2015 nuclear deal, its foreign minister said, calling on the United States to show flexibility to resolve three remaining issues.