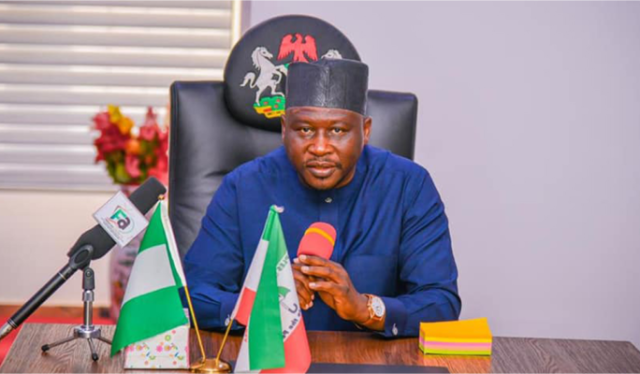 Yola, Aug. 16, 2022 (NAN) Gov. Ahmadu Fintiri of Adamawa on Tuesday inaugurated the construction of 8.8 kilometre road in Yola metropolis as part of his administration’s rural and urban renewal programme.

Fintiri who performed the ceremony in Bekaji community and Ribadu Square in Yola, said his government was fully committed to the provision of social services to the people.

He said that the project was awarded to Triacta Construction Company and was expected to be completed within the stipulated time frame.

He added that government would supervise and monitor the execution of the project.

The governor also said that his administration had constructed hundreds of kilometres of urban and rural roads across the 21 existing local government areas in the state.

He also explained that the road projects were part of his administration’s 11 points agenda.

“We will continue to uphold the collective dignity of our people through our effort of reinventing our municipal heritage’’, he said.

He said that the execution of such projects was the hallmark of the existing social contract between government and the good people of the state, especially, the electorate.

“Five thousand residents of Bekaji community are expected to judiciously use the road network when completed, ”he said.

Mrs Ruth Kwabe, a community leader in Bekaji estate, commended Gov. Fintiri for the road project, adding that when completed, it would improve the lives and the economic fortunes of the people.

She also appealed to the governor to provide other social amenities such as primary and junior secondary schools and refuse incinerators for the community.