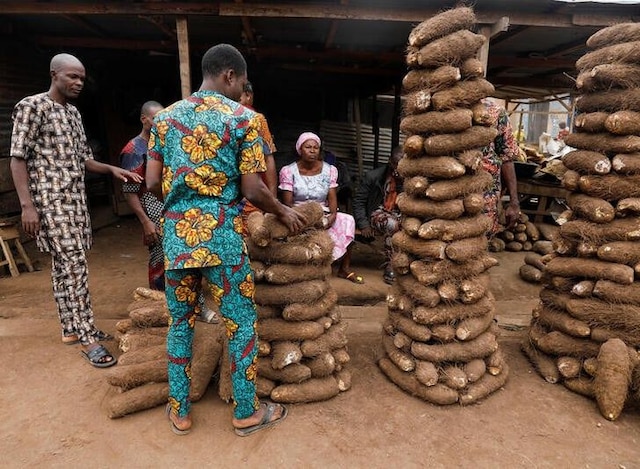 ABUJA, Aug 15 – Nigeria’s annual inflation quickened to 19.64% in July, rising for a sixth straight month on the back of price increases for both food and non-food items, the statistics office said on Monday.

NBS release of the consumer price index (CPI), which measures the rate of change in prices of goods and services, showed a surge to 19.64 percent in July 2022, from 18.60 percent in the previous month. The rate is the highest recorded since September 2005.

The figure is also 2.27 percent points higher compared to the rate recorded in July 2021, which was 17.38 percent.

The report indicated that headline inflation rate increased in July 2022 compared to the same month in the previous year (July 2022).

Cost pressures are being fanned by a high import bill caused by surging commodity prices, supply shortages and a slide in the naira which caused the Senate to summon Central Bank of Nigeria (CBN) governor Godwin Emefiele.

The report disclosed that food inflation rose to 22.02 percent in July, an uptick compared to 20.60 percent in June.

This rise in the food index was caused by increases in prices of bread and cereals, food products, potatoes, yam and other tubers, meat, fish, oil, and fat.

“This decline is attributed to a reduction in the prices of some food items like tubers, maize, garri, and vegetables.”

A major increase was recorded in all classifications of individual consumption according to purpose (COICOP) divisions that yielded the headline index, the report showed “on a month-on-month basis, the Headline inflation rate in July 2022 was 1.817 %, which was 0.001% higher than the rate recorded in June 2022 (1.816 %).

Inflation, which has been in double digits in Africa’s biggest economy since 2016, was at 18.60% year on year in June.

Nigeria’s currency has been weakening on the parallel market since July 2021 due to a scarcity of foreign currency, contributing to rising inflation as the country imports many key goods and services.

Policymakers have said persistent inflationary pressures are structural and largely related to imports.